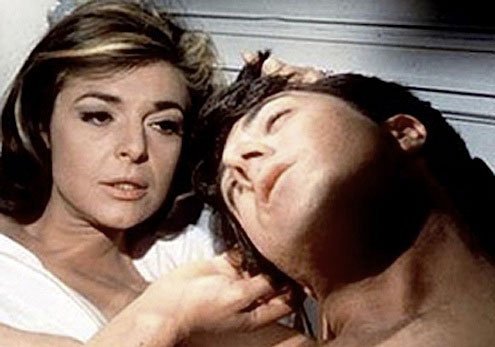 For those keeping track (and many do) her final number is 74. “Of ovarian cancer” (don’t lie; you want to know.)

The new pope is 78. He senses God in the wind on a windy day. Who’s to argue?

The planet is inhabited by walking long good byes. Nelson Mandela is 86, Margaret Thatcher 79, Mikhail Gorbachev 74, Hosni Mubarak 77. Had he not tripped on a bad Texas day in 1963, JFK would be 88. Only 88.

Gerald R. Ford is 91 and keeps to himself.

Wojciech Jaruzelski, the scowling Polish general who sparred with the late Pope John Paul II, is 82. From time to time someone summons him to an award.

Former Poet Laureate Stanley Kunitz turns 100 soon. “Summer is late, my heart,” he writes in a poem called “Touch Me.”

Age is a windy day unless you’re headed stormward.

At a cocktail party in Rome, women line up for inspection. They are 30, they are 40, they are 50. They have tanned skin and plasticized breasts. They have surgeries, injections, children. Difficult to know just how the priorities stack up. Summer is late on all of them, you can tell, but who wants to admit it?

“Hope I die before I get old,” snarled Pete Townshend of The Who in “My Generation.” That was 40 years ag; he just turned 60.

It’s a sunny day in Washington. D.C., a papal breeze gracing a shimmering afternoon, and the song comes on first the first time. The small Sony 9-transistor radio is tuned to 1390 AM. The jingle goes, “1390, W-E-A-M.”

We’d seen “The Graduate,” which was only slightly forbidden, a few weeks before. It stuck in my mind because of Katherine Ross, a dream girl. It stuck in the mind of others because of a cocktail party scene in which a bewildered Dustin Hoffman is offered a vision of the future where “Plastics” is the key word. Mostly, it stuck because of Mrs. Robinson, mood, character, and song.

A seductress has a way of monopolizing a decade, even if she only passes through. Bancroft hijacked the late 1960s, an edgy, skeptical, disenchanted slice of the 60s. She was the Desperate Housewife of that time (though only 35 when ‘The Graduate” played in 1967.) Her adultness was amoral and cooly manipulative, right stuff skills that teenagers associated with the anti-innocence. Maturity’s darkest charm was ruthlessness, or so we thought. But we grew up to find ruthlessness everywhere, and the charm vanished. By then it was too late. Men lost hair and dissembled. Women, hurting, packed plastic against age.

The song came on for the first time — “And here’s to you, Mrs. Robinson…” — and when it did we gathered under the awning of a delicatessen, boys in fleshy huddle, to hear it out. “Jesus loves you more than you will know…”/“heaven holds a place for those who pray”/“every way you look at it you lose…”

We reckoned it was about hypocrisy, but weren’t sure. We assumed it exaggerated social dismay, but didn’t know to tell. We strolled near the White House, hand along the wrought-iron gates, not knowing we’d be barred from doing so as adults. We thought we’d change the world if we could just come up with the $10 necessary to travel to New York City by Trailways bus, or the $1 required to touch Brenda’s breasts (she lived on Newark Street, making an butterscotch sundae living off curious 13-year-olds.) By the juiced standards of today’s hormones, we were very, very young and very, very naïve.

Had anyone told us Anne Bancroft was mortal we would have sighed. Not Mrs. Robinson. No way. Not her. Not us. That’s what you say until you can’t, after which come retardants. After which you notice ages and causes of death. Or praise a Lord. Or both.

Early in “The Graduate,” Dustin Hoffman, who plays Benjamin Braddock, worries aloud to his father about the future. His father asks why. Benjamin says he wants it to be “different.”

It can take a lifetime.

“What makes the engine go?” — this is Kunitz again, at 99 — “Desire, desire, desire. The longing for the dance stirs in the buried life. One season only, and it’s done.”