Touch me, feel me 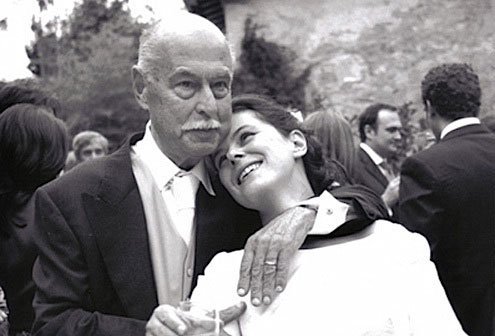 Kissing and hugging are still part of everyday life.
I

have many reservations about Italian schools, but one aspect I do greatly prize is the affection shown by most teachers to the children. In the junior schools, if a child cries because he misses his mother, or if he falls down and hurts himself, he is immediately swept up in the arms of a teacher — or that quintessentially Italian institution, the bidella — and comforted.

And when my 12-year-old son tackles well or scores a point for his basketball team, the coach instantly rewards him with a hug or an affectionate rub of the head. My two daughters regularly embrace their teachers, and deliver and receive kisses before saying goodbye at the end of the day, even though one of the teachers is a man.

Sadly, in England, none of these spontaneous displays of warmth is possible anymore, for such is the level of hysteria over child molestation that virtually all forms of physical contact between grown ups and children are not just frowned upon, but have become grounds for criminal prosecution. In a climate of fear and suspicion, people see pedophiles lurking behind every corner, to such a degree that in many cases mass hysteria has clouded the capacity for sound reasoning.

My sister-in-law, who has three children, tells me she is no longer allowed to video her own offspring taking part in swimming galas in case a pervert may have sneaked into the gallery to take footage for sinister motives. For the same reason, parents are banned from taking photographs at many school plays and most teachers will think several times before hugging a small child who has grazed his knee. In a growing number of English schools, all forms of skin-to-skin contact is now outlawed, meaning that the said child cannot even have a dressing administered to his knee and that very young children at nursery school cannot have their diapers changed.

In the most recent case to hit the headlines, a 58-year-old Anglican priest, father of three children, was forced to resign from the board of governors after giving a 10-year-old girl pupil a kiss on the forehead at a prize-giving ceremony to congratulate her on her performance in Math. The complaint was brought by the mother, sitting in the audience, who almost succeeded in having the priest prosecuted for assault.

Now, I would be the first to agree that pedophilia is a huge and massively worrying problem, and, in common with many parents, it is a danger that is always at the back of my mind. When I used to take my children to play in the park at Colle Oppio after school, my biggest nightmare was trying to keep all three of them in view at the same time, and I lived in constant fear that someone would sneak out from behind a bush and abduct one of them.

Living in Spoleto, it’s ostensibly easier to keep an eye on them. But I have not forgotten that we are less than 15 kilometers from Foligno, home of Luigi Chiatti, the teenage pedophile who murdered two small children in the 1990s, and that provincial towns are often more dangerous than the big cities. A friend’s son, a particularly good-looking boy with bright blond hair, was recently approached by a man at a street market here in Spoleto who attempted a clumsy fondle before the boy had the good sense to run off. And every so often the local newspapers report cases of a bidello who has been dismissed for inappropriate behavior with pupils.

But surely issuing blanket bans on adults touching children is not the answer to this undeniably serious problem. As a mother, I have told my children never to go anywhere with strangers, what to do if they feel uncomfortable — the usual litany which any parent will recognize. But I also do my best not to make them paranoid about being in the company of grown-ups or to shun displays of affection.

Here in Italy, kissing and hugging is still, refreshingly, a part of everyday life, and everyone sees this as normal. My husband hugs his male friends, but that doesn’t mean he is gay. Teenage girls walk around arm in arm, but that doesn’t mean they are lesbians. We Anglo-Saxons have always had a hang-up about physical contact and to be honest, we’re not very good at doing it in public — look at most English people attempting to engage in the new touchy-feely practice of kissing friends when they meet them, and see how awkward most of them seem. But I would be very sad if my own children grew up thinking that every touch or embrace concealed some ulterior motive.