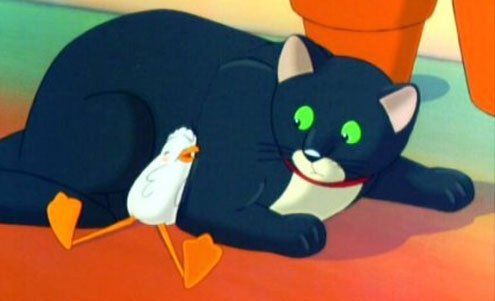 When Felix is out, you can try Romeo.
M

y trusty silver moped is miffed at me. Rightly so. I’ve abandoned him outside my apartment, where he sits neglected. Bus 64, the “pickpocket express,” has become my new friend. Home-to-the center is a cinch.

Why the switch? I’m pregnant. Four months to be exact. No more cobblestones, said the doctor. They’re too bumpy.

Work For Italian employers, pregnancy can be off-putting. As a freelancer, I’d heard horror stories of girlfriends who had gotten Italy job offers only to have them rescinded once they divulged they were pregnant. This wasn’t going to happen to me. I was warned.

Confident I had my bases covered, I interviewed for a job.

The boss, a laid-back American, decided to offer me a three-month contract — in Haiti. Could I leave the next day?

“For personal reasons?” he inquired.

I thought about the situation. He was American, a father of five. Surely, I could trust him.

He agreed to a two-month contract, but with no time in Haiti. Sanitary conditions aren’t the best there at the moment. Afterwards, the man’s boss invited me into a corner office, shook my hand, offered his congratulations on my new job, and welcomed me on board. They’d be sending a contract along for me to sign.

I waited at home impatiently for a week. No contract. I finally called my friendly American boss. “Ah, yes, there has been a change. May I call you back?”

He did in the afternoon. “Are you napping?” he whispered. “Did I wake you?”

I told him I was ready to start work and looking forward to it. He coughed and explained there had been a hitch. “We’ve put your application on hold.” I had dropped my guard.

Doctors When the pregnancy test came back positive, we went to see a doctor. The man had published numerous articles and was an expert in his field. We’d be in good care — or so we thought.

Between four cell phone calls, the expert glanced at me, told me I looked fine, and scribbled down blood tests he wanted me to take. His excitement was visible — if the subject was an upcoming conference, which he described both to his friends and us over the phone. After two hours, we left the office bewildered and with a list of blood tests.

We tried another doctor. This one was gruff, but at least took my pulse and weighed me. I had read that you should limit weight gain to two kilos in the first three months; I’d gained six.

I waited for him to say something. Nothing.

Also I felt something odd in my belly button. But I couldn’t think of the word. “Sento qualcosa nel mio ‘belly button,'” I told him, mentioning some of what my reading about pregnancy had yielded (including that too much weight early on makes you a candidate for a Caesarian).

The doctor had no idea what a belly button was and waved his hand dismissively at me. “Don’t read books, it will make you too anxious,” he told me. My anxiety, he warned me, would be passed onto the baby, which was the worst thing for the child. Result: I broke down in tears, proving his point.

Exercise I like to run, but running with a belly wasn’t easy. To motivate me, my sister mail-ordered me a book entitled “Running Through Your Pregnancy.” On the cover was a photo of a pretty pregnant woman, slim except for her enormous stomach, running along the beach. I wanted to keep up with her.

Not so fast. In the first few weeks, I started breathing heavily when I ran uphill in the park. Soon, my husband, Germano, who usually jogs with me only on the weekends, was pulling me along. Regression was quick.

At two months, I could run about 20 minutes. At three months, Germano was a rock star sprinting by. At four months, we’d walk up the hill to the park together and he would jog with me for 10 minutes before I had to stop and walk. Time to try a new sport — swimming.

My running girlfriend said she joined a pool when she was pregnant and swam 120 laps every day of her pregnancy — except the day when she went into labor, when she did only 80 laps, since she wasn’t feeling up to snuff.

But there was no pool nearby so I settled on a gym. And the gym left me with a crew of well-groomed women over 60. “Total Body” is especially popular in this set. The over-60 gals deck out in leg warmers (light pink and white are especially “in”), black spandex and tight tops (some mix white, pink and black). “Total Body” combines neck and ankle rolls, even trunk rolls when things get crazy. That about covers the exercise part.

Antonio, the hot instructor, wears unlaced Nike 360 shoes, tight short-sleeved shirts over long-sleeved ones. He has a soothing voice and plays a trendy selection of loud Italian rock music. His elderly class is rapt.

They motion him over to touch their arms or correct their trunk roll positions. He hums the numbers “five, six, seven, eight,” though I can only see his mouth move. The loud music and marching cavalry of bodies prevents much more.

Gender Germano’s mother — who had raised two boys — desperately wanted a girl. When Germano was born, she expected a girl. She had a name ready: Germana. When a boy emerged, his parents were stumped. Little brother offered an easy solution, “Why don’t we just call him Germano?”

In Germano’s first four years, his mother let his curls grow long, put bows in his hair, and knitted jackets with flowers. While his other friends had Star Wars toys, his only action figure was Winnie the Pooh.

This time around, Germano’s mother was betting on a girl. When we found out it was a boy, she recovered quickly, “I’ll knit a wool sweater!” She immediately bought a book of jacket patterns. When Germano inquired what kind, she proudly flipped through the book, past the hooded sweatshirts, cute blue overalls, and pointed to her choice — a pink sweater with a large side heart-shaped button and diagonal opening.

“Isn’t the model a bit feminine?” asked my beleaguered husband.

Names Once we knew a boy was in the offing, we scoured websites for Italian, American, and Irish names, hoping to find one that appealed to both of us.

No ex-boyfriend names, which cut out quite a few picks. Germano suggested Michael — nice, but no. Frank? Absolutely not. Mark? Alright, maybe we should stick to Italian names.

Maybe Filippo, said Germano, like my father Philip, but Italianized. Or Leonardo, and you could call him Leo?

My brother set us straight in a telephone call. “I heard from Mom. Don’t take American names and try to make them Italian. They sound like dogs’ names.”

Next came the man-to-man Skype chat between Germano and my brother.

“Germano, your job is to pick out a cool Italian name. Something that attracts the ladies.”

Apparently Romeo was a cartoon cat that hung out near the Coliseum. The cat was out.

“Isn’t that your cat?” I told her. Yes, and also her ex-boyfriend.

It’s alright, my nameless son, you won’t be a cat or an ex-boyfriend, and yes, we’ll get there.