Tossing out the book 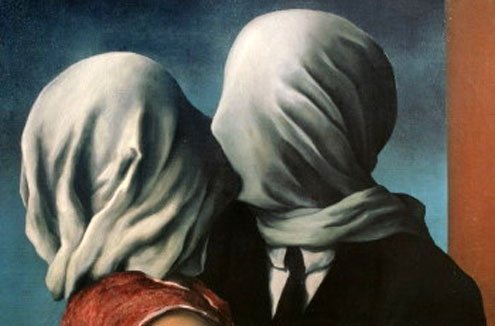 ne day the ear, nose and throat specialist in my office asked me if I knew any cognitive behavioral therapists (CBT). CBT is a branch of psychotherapy that applies structured and short-term treatment to a wide variety of psychological problems. He’d just read an article about a study showing CBT could help patients suffering from tinnitus, or ringing of the ears.

Curious, I asked if the article had compared CBT, which is unfortunately used for a host of problems, with any other kinds of therapy. He said it hadn’t. CBT comes up often in studies precisely because of its short-term nature. It has a limited number of sessions, a specific goal, and protocol or script for each session — something that’s known as “manualized” treatment. Studying results of more open-ended therapy would require spending both more time and more money.

I told him I didn’t know any CBT specialists but my sense was that any therapy would help tinnitus sufferers. The reason is that most people want their symptoms understood. They want their suffering taken seriously. They need someone to hear them out, to listen.

It’s hardly surprising that CBT has earned praise for dealing with all kinds of problems, including strictly psychological ones, and earned attribution as “evidence-based treatment.”

But it also contains the risk of self-fulfilling prophecy. If you’re seeking evidence of biological causes, you’re likely to find biological causes — mainly because you won’t be looking for other kinds.

Do a study on CBT and you may well find evidence favoring CBT — but that by itself won’t tell you about any other forms of therapy.

The high cost of research and minimal funding for non-drug company sponsored psychotherapy research tends to favor CBT, since its outcomes refer to the first three-to-six months after the end of the therapy. That’s not much time.

Among the predicaments associated with research is how to define or “operationalize” the elements under study. Establishing what’s meant by successful therapy means defining “successful.” It seems obvious but it isn’t. Many studies operationalize outcome in terms of symptom relief. Since most studies use diagnostic categories based on symptom checklists, researchers may see this form of operationalizing as making the most sense.

But symptoms come and go — often vanishing because the patient is talking to someone. Sigmund Freud called this a “transference cure” and warned against considering it a true measure of therapeutic progress. Who hasn’t had a painful or disturbing physical symptom miraculously disappear in a doctor’s office waiting room only to have it return soon after returning home?

In medicine, diseases aren’t defined by their symptoms. If I go to my doctor with persistent stomach pain, undergo uncomfortable tests involving intrusive tubes and claustrophobic passages through complex and noisy machinery, I might not be especially pleased with a diagnosis of SAD — Stomach Ache Disorder. Nor would I think myself cured if painkillers lessened the discomfort.

Why then are we so much less demanding in the psychological sphere?

Why then are “outcome studies” in psychotherapy based on symptom relief and not on a clear definition of healthy mental functioning and the restoration of that healthy functioning? Symptoms can come and go. They are ways of coping with deficits. It’s asking questions to determine the nature of the deficits that matters:

Does a person have a range of relationships and can he feel differently in different situations?

Do they have ways of coping with difficult situations and intense feelings when the need arises?

Do they read the emotional states of others, and their own?

Do they respond flexibly depending on the situation they find themselves in rather than applying a rigid strategy to all situations?

Like the white blood cells in an infected wound, it’s the infection, not the pus, that’s the problem.

So when it comes to therapy, what seems to help?

I have my own views based on my experience in therapy and what I see with my own patients. But impersonal perspectives are sometimes more convincing.

Other studies on a wide variety of therapies have shown that most long-term positive results in critical areas of mental functioning are determined less by the therapist’s theoretical approach — cognitive, behavioral, psychodynamic, existential, humanistic, systemic, and so on — than on the nature of the relationship developed between the patient and therapist. That bond rises above all other factors.

As psychoanalyst Heinz Kohut once wrote, and it’s appropriate: “It’s not what we do, it’s what we are.”