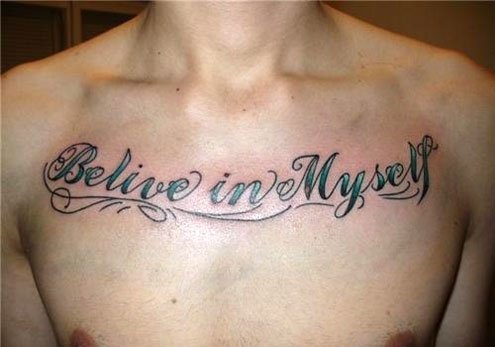 Being tooken can mean being had, which can leave you and your chest strickened.
A

mong the hardest arguments to sustain in a look-at-this society is one that asserts a right way and wrong way in the manner people speak and write their common language. Human rights are easier to champion. Cruelty is wrong at a gut level. It feels wrong. The same might be said for mathematics. What ciphers lack in ethics they make up in commercial rigor. One plus one cannot ever equal three or the world goes haywire — whether in California or Donetsk.

Grammar and usage lack such rigor. Literacy may have a uniting framework but it has long allowed for countless variables. Consider “ain’t,” the easier, folksier version of isn’t. Add to that patois and slang, from which rappers have molded a catchy, truncated dialect whose cadence depends on defiant, snarling rhymes. Tamer pieces of that urban molding have predictably found a home in common usage, which makes sense since another word for a language is a tongue and a tongue — at least an ungoverned one — can do as it chooses.

Though I’m a native French-speaker, I was brought up around traditional English usage. I learned tenses and the use of verbs. I never parsed sentences with dignity but I knew parsing existed. I knew that the “ain’t” I might use in a poem I couldn’t use in a news dispatch, or in spoken speech. At the same time I was taught to regard language as a living thing. Though I might resist imprecise greetings, exclamations and modifiers (“very cool,” “awesome,” “dude,” “totally”) and find myself befuddled at the death of good and simple words (“multiple” retiring old standby “many” and “reaching out” canceling out the specifics of “called” or “wrote to”), I still knew to accept language as restless and moody. Though many events labeled as “unprecedented” (which very literally means never before) were not, the word carries a resonant authority. Just as “very unique” can sound emphatic even though unique is a superlative that sours when modified.

But the problems newly afoot are broader than these quibbles. One plus one, in language terms, increasingly equals three — with no one particularly interested in monitoring the abuses.

I recently called for a doctor’s appointment on a Friday. The receptionist told me that none was available until the subsequent Monday. I thanked her and hung up. Unable to find an appointment elsewhere, I called back in an effort to get the Monday slot. “Sorry,” she told me, “that appointment was tooken.”

Meaningless error? Yes and no. I understood she meant “taken” and also that the appointment was gone. She had successfully communicated a fact, which is what language is intended to do. But she had also broken the rules. Apply that to math. Could I, as a shopkeeper, tell a customer that a $10 check was an $11 check because in my mind the numbers played by a different set of rules? Not without consequence.

And there’s the rub with language, particularly in an age that encourages constant and often necessarily foreshortened transmission. English is spoken with great feeling but well outside any governing science. Personal emphasis is what matters most.

You may bemoan the state of education or observe, rightly, that receptionists are not tense experts, or even that God’s interest in the details, should he have one, is overrated. You may also say that American society is increasingly “diverse” (another wobbly word), with people of many nations asked to adopt an alien language. But in this case the receptionist was a cheerful American, and “tooken” was all she knew to say.

I had no intention of calling out the misstep until that evening, when a web broadcast on a major sports network gave me further pause. A reporter, asked to analyze a recent trade, began his answer this way: “Well, what really strickens me…” What he meant, I knew, was the past tense of “strike,” which is “struck,” as in, “what really struck me…” or “what I find striking…” But what he said was “tooken”-like, worse in fact, because the act of being stricken means something entirely different from finding something striking. Just as unsettling was that the rest of the report was error-free. He simply flubbed the word and its tense. Life went on.

But tense flubbing and similar errors are beginning to pile up. So is hyperbole, whose nature makes further errors that are then excused to passion. So is the unwillingness to assert or discuss rules – unless, that is, they’re moral or territorial rules broken by identifiable foreign bad guys such as Vladimir Putin, who, out of nationalist necessity, speaks extremely good Russian.

If only American nationalism — “In God us trust” — demanded the same of English.