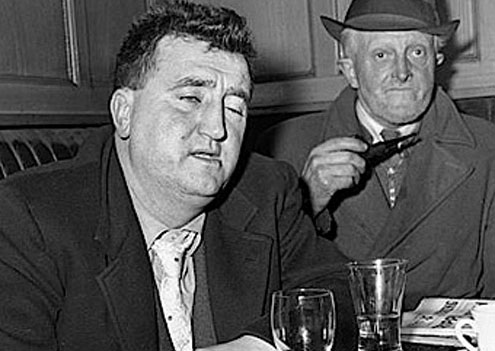 How could anyone face a life without alcohol?
M

any years ago, when I first came to Italy and didn’t know any better, I did a stupid thing. I decided to hold a drinks party. Worse, I didn’t lay on any food — not even a miserable sausage on a stick. It was, of course, a total flop. Italians, as I have long since discovered, don’t drink, or at least, not the way we Anglo Saxons do. “No thank you, I’ve already had one,” said most of my guests to my offer of a second drink, as they looked around anxiously for signs of something to eat. Or even more disconcertingly, in the case of one woman: “No grazie, sono astemia.” Abstemious, for goodness sake! How could anyone face life without alcohol? The memory of that grim evening makes me cringe even to this day.

To be honest, I still have a problem with any man who orders a latte macchiato at the bar instead of a stiff gin and tonic, as happened on one occasion when an Italian invited me out for a drink. And Italian women who don’t drink at all make me feel vaguely uneasy. But even I can see that things have spiralled badly out of control in England.

On a recent trip back to celebrate my nephew’s 18th birthday, bars and restaurants were full of girls dressed in too little — with large expanses of cold white flesh bulging out of skimpy crop tops and mini skirts — and drinking far too much. These ladettes as they have been dubbed by the tabloids are the most unedifying manifestation of Britain’s drinking culture. Many of them are very young and will pay heavily for their fun. New figures show a 24 percent jump in the number of girls under 15 admitted to hospitals between 1996 and 2002 with mental and behavioral problems caused by alcohol. Binge drinking, fuelled by the multi-billion pound drinks industry, is a major blight in Britain and one that looks set to get worse with government plans to allow pubs to stay open until the early hours of the morning.

The thinking has a certain logic. Keep pubs open for longer and there will be no need for people to pour as much booze as possible down their throats before the bell rings for last orders. Proponents conjure up soft focus images of Mediterranean-style pavement cafes with people enjoying a quiet drink together and chatting in a civilized manner. Dream on! As any hospital doctor or police officer who has been on Saturday night duty knows, or anyone who has witnessed the vomit-stained pavements of just about any British town you care to mention, our famous self-control seems to evaporate as soon as drink is involved.

I’ll never forget the look of incomprehension on the face of a Rome taxi driver who had driven some drunk English lager louts the previous evening and who asked me: “But why do you English people drink so much?” Sad to say, many young people’s idea of a good night out is getting completely plastered. And of course, it’s not just us. Take a ride on the ferry that plies between Denmark and Sweden and watch all the Swedes drinking themselves senseless. Look at the Germans on holiday in Greece. Walk through downtown New Orleans on a Saturday night and see how rowdy it gets.

We northerners clearly do have a particular problem. It’s part of the so-called Vodka Belt syndrome, and, quite rightly, Italians just can’t understand it. The difference between the two drinking cultures was brought home very vividly when my husband and I got married. Before the wedding, the restaurant owner sat down with us to plan the menu — five or six courses — and the wine. He estimated a quarter of a bottle per person. I told him he was way off course, and that we’d need at least four times as much, maybe more. As we came out of the chapel after the wedding service, there was a clear sign of the divide between the two nationalities.

All the English guests made a bee-line for the table containing the aperitifs, while all the Italians headed straight for the other table, which had the antipasti. Many hours later, as the evening became more riotous and the genteel chatter gave way to Mexican waves, the white-faced maitre d’hotel passed by clutching yet more bottles of wine “You were right and I was wrong,” he said as he took away an armful of empties. “I’ve never seen anything quite like it.”