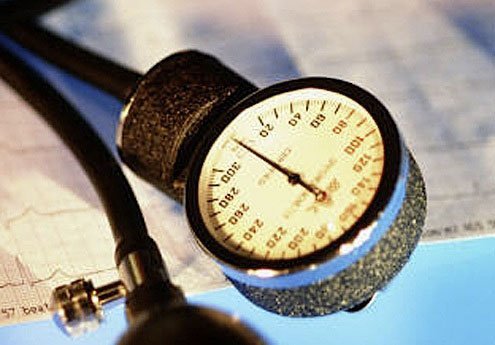 here comes a time when just about everyone in their lives starts to think about things like watching their weight and keeping a close eye on their health. It’s also something perfectly normal for couples to do together when they reach that certain age.

I just never imagined that certain age would be sneaking up on Fabio, my boyfriend. At 32, Fabio has taken up high cholesterol as his latest hobby. I say hobby because ever since he got his blood work back from the doctor that’s all he thinks about.

Hold on a sec.

Last I checked, my cholesterol was fine.

The American in me shouted, “Can’t you take a pill for that?”

But I forgot that Italians don’t pop pills as readily as Americans. So that wouldn’t work. So Fabio started running down the checklist.

Of course, his reason for telling me all of this was because I do the cooking. So I went back over the checklist.

“We never eat fried food,” I told him. “You never eat sweets. I don’t drink Coke. And what do you mean I can’t make the tomato sauce with oil? What am I supposed to use?”

Also on the list was no sugar and no salt. Sigh…

It’s not the first time I’ve dealt with a picky eater. I’ve had a history of them as boyfriends. Two ex’s come to mind. The first was my high school sweetheart. The Big Cheese. What a horrible diet he had. Absolutely no vegetables. And all other food had to be smothered in cheese. He was also big on sauces, whether tomato, barbeque or ketchup. He hated the natural flavor of food.

Then there was my ex from college. The Color Coder. He refused to eat anything orange, green or yellow. He hated sauces and despised cheese. He was your basic meat and potatoes type of guy. And that was it. Imagine taking this one to a restaurant. Fun. His philosophy on food revolved around appreciating it for its natural flavor. I remember a debate over salad and dressing. He’d say: “If you really like the taste of salad, why do you need the dressing? It’s not the salad you like, it’s the dressing.” What a box-breaker he was.

So you can imagine my worry when Fabio went on his diet rant. I sat him down and gave him a reality check. “We’ll change our diet slightly,” I told him, but I was ready with more. “Why don’t you think about taking up sports or going to the gym? That should definitely help you lower your cholesterol.”

But that was obviously a bad move on my part. Now, our room looks like a quasi-gym. He’s increased the number of times he plays calcetto and expects me to follow a similar workout regime.

Oh boy. What did I get myself into?