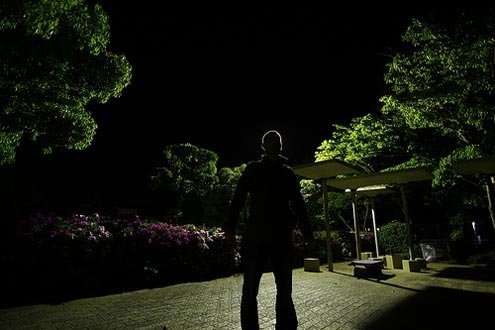 Where have you been? I've been waiting...
M

y date with the convicted rapist began like this. He arrived promptly, walking toward me from more than a block away, dressed fastidiously with a black jacket and a blue scarf tightly folded around his neck. He looked dashing. When I saw him approach, I stood up and walked toward him, but he showed no enthusiasm. This seemed odd, the first of many clues that something was wrong.

We originally met outside the Museum of Modern Art a few days before. I was on my lunch hour and his suave and polished style impressed me. I gave him my business card and he emailed the next day.

As a date, he suggested a picnic at Riverside Park, a lovely location on the Upper West side overlooking the Hudson River. I enjoy the outdoors and the idea of sitting on the river watching the sunset was a nice change from a restaurant venue.

He brought a bottle of wine and a pasta dinner to share, and we sat on a park bench and began to eat. It seemed a bit frugal, but in the spirit of the evening I refrained from any early judgment.

He said he was a journalist and was in New York because the meeting of the United Nations General Assembly. He was covering the event for an outlet I’d never heard of. I tried to get details but he simply threw out names of people who he’d interviewed: Bill Clinton and Oprah Winfrey. I was dubious. He claimed he lived in Washington, D.C., but said he came to New York City often to cover news events.

He spoke with a smooth French accent, but his black skin belied his claim that his family was originally from Paris. I asked about his African heritage, and he dodged an answer. Then he snapped. He turned to me and began shouting.

“You’re a racist! Just because my skin is black doesn’t mean I’m from Africa! Can’t a black man be from France? What do you know, you stupid American.”

I was taken aback. His original persona had dropped away to reveal a man with a palpably violent temperament. I was unnerved.

The sky’s last light was dropping fast and it seemed like an unwise place to be alone with this man. I suggested we walk to the Boat Basin Cafe further up the river so I could use the ladies room.

He was upset to leave the secluded bench, but I insisted I had to use the bathroom.

As we walked, he showed me images on his cell phone of sunsets he had captured at Riverside Park. “I’ve been here many times,” he said in his French accent, boasting, “I love this stretch along the river. I often bring people here.”

I appeased him with comments about his good taste and the fine composition of his photos as we entered the Boat Basin Café. The small crowd milling about me was a small comfort, and I walked straight to the ladies room. There, I stalled for time and considered my best way out of the date without further inflaming him.

When I returned to the bar, he handed me a glass of wine and I politely took a sip. Then he grabbed my waist and pulled me to his hips hard.

“Where have you been? I’ve been waiting. I need you to kiss me,” he said angrily, spitting the words at my face.

That was it. Time to go.

I pulled away his arm even as he tugged at me. “I have to get home,” I said. “I have some things I really need to do.”

“In Paris, we stay in cafes and hang out all night. We want to get to know each other, but not here. You American bitches always have something to do. Why didn’t you tell me you had something planned earlier? It’s not really fair to me, you know.”

He followed me out the door and I walked to Riverside Drive and searched for a cab. Nothing. I continued along 79th street and headed toward the subway stop on Broadway.

“What about dinner at your place next time? I’ll come over and cook for you,” he asked with an ordering tone. “I’m a fantastic cook. What do you like to eat, fish, chicken, steak?”

“I like most things, whatever you want to prepare is fine,” I said, acting casually, yet focused on the green globe of the subway station.

“How about next weekend? I will be in New York on Saturday. I’ll come over then.”

“I think that will work,” I said, quickly without pausing, and slipped down the subway entrance. He stood at the railing and looked down at me as I mixed with others and disappeared.

As I passed through the gated turnstile, I breathed a sigh of relief. Never had I been so grateful for the company of strangers. It wasn’t until later that I learned just how lucky I’d been.

— MANHATTAN SUPREME COURT, November 17, 2011 — A self-described Romeo who told ladies he was a seasoned international journalist insisted he was a “womanizer” but no criminal Thursday before a Manhattan judge sentenced him to 20 years in prison. The convicted felon, 43, an Ivory Coast native who claims roots in Paris and was homeless at the time of his arrest last year, was convicted of raping a Russian tourist in Riverside Park, and stalking and harassing an Italian art expert, a gallery director and an attorney on Nov. 7th.” DNA info.com