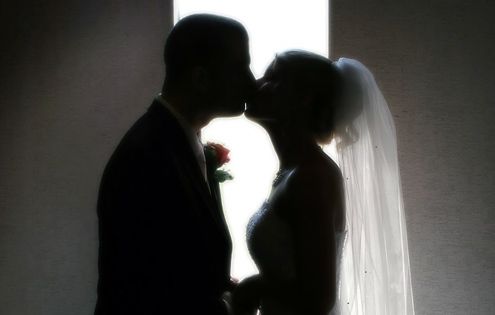 ver the last four years, Fabio and I have spent the winter holidays apart. With the exception of 2005, when both our families united in Rome over Christmas and New Year’s, I’ve allocated the holidays to alone-time with my loved ones at home.

This is especially important to me since I only see my parents and sister once or twice a year. Though tempted by Miami’s warm weather and a chance to get away from the Italian chill, Fabio has regularly turned down the offer to join us for Christmas.

“We see each other year round,” he says. “Besides, you need to make up lost time with your family and I’ll only be in the way if you have to take me around everywhere.”

That I planned to look for wedding dresses with my mother and sister gave him even less reason to come along.

He refused to accept that he couldn’t help me pick one out.

He shrugged his shoulders.

While part of me resented his decision stay away, another part was extremely grateful that my fiancé was mature enough to understand the reason why I needed the time. Even if it meant missing out on a New Year’s Eve bacio.

It wasn’t always that way.

At the start of our relationship, separation brought fits of jealous immaturity that invariably took away from precious family time. Our fights alternated between: “Why didn’t you call me?” or “You don’t act like you miss me.”

We were young, in love, and insecure about the future of our relationship.

While I can’t say we don’t fight anymore while we’re apart, our relationship has certainly matured. We know what we’re doing and where we’re headed.

At the end of the year we’ll be married. Over Christmas, I even found the dress. Why Miami? In part because wedding dresses in Rome run in the €1,500 to €2,000 range — and that’s just for starters. I couldn’t fathom paying that much for a dress even for my big day. In Miami, you can find a gorgeous gown for a third that price. I got a great deal in the end.

Before I found “the dress” I called Fabio via Webcam to let him know I what I had in mind and the price. The low cost of some of the dresses shocked him. They also made him suspicious.

“What part of ‘it’s bad luck’ don’t you understand?” I teasingly replied.

“Vabbé. How about this, just show me pictures of all of them,” he said. “You don’t have to tell me which one you’re leaning towards. I’ll give you my opinion and it won’t spoil a thing.”