To the house Dalí built 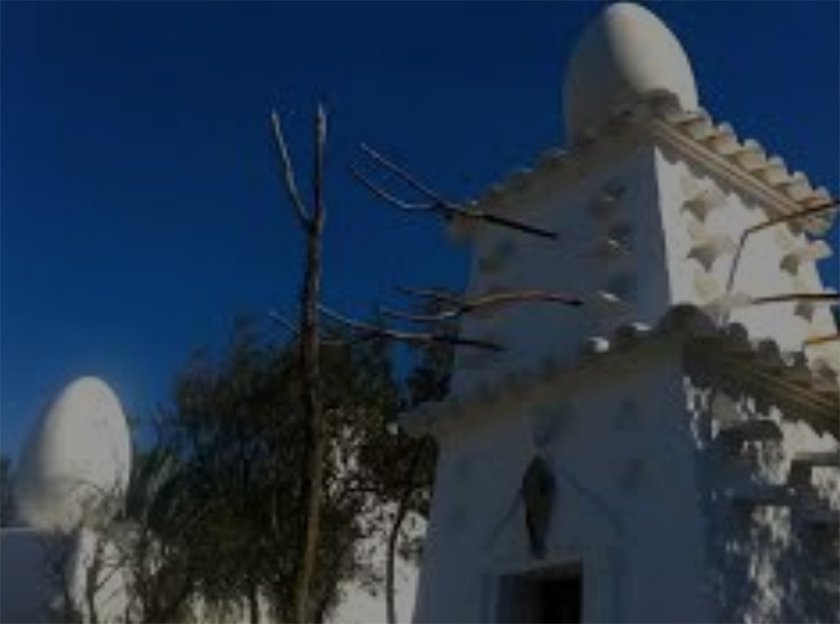 wo and a half hours north of Barcelona, along the rugged Costa Brava, is an exquisite jewel of a fishing village that I am reluctant to share with anyone for fear it will become overrun with boorish tourists.

Fortunately, this charming town built on an isolated bay tucked away amongst the rolling, semi-arid hills of Girona can only be reached by a narrow and treacherous coastal road, steep and winding and dotted with scrub brush and olive groves.

It’s a landscape that inspires surrealistic visions and flashes of enlightenment. This place has been a magnet for artists like Magritte, Picasso, and for Salvador Dalí, who built a house and studio in nearby Port Lligat, where he lived and worked for decades.

My girlfriend and I had no idea what we were doing or how to get there, other than to follow the route my iPhone’s GPS plotted out for us. Our goal was to travel into France, head over to Toulouse and Lourdes, and cut back through the Pyrenees to Barcelona.

We had no preconceptions of Cadaqués, although we expected it to be a quaint, coastal village, in the fashion of so many Spanish villages. We hoped to see Dalí’s architectural wizardry, of which we’d heard high praises, but that was the sum total of our hopes.

On the way, we passed through Figueres, the home of Dalí’s birth, and didn’t even bother stopping to see the museum and theater he had designed himself. We didn’t stop at the old castles and ancient ruins along the way, but instead found ourselves driving our rented Nissan SUV into wilder and wilder terrain.

The road cut through some of the most desolate landscape I’d seen as it climbed and dipped above the sparkling blue Mediterranean.

A little further and we saw the benchmark of western civilization, a gated parking lot.

We traveled for so long through this grueling countryside on a patchy asphalt roller coaster that we didn’t know we’d arrived until it was plain as day that we’d reached our destination. Coming around a bend and heading downhill, we were suddenly confronted with the sight of a white village on a turquoise bay, gleaming in the mid-October afternoon sun, the walls of the buildings white as sepulchral bones, the terracotta roofs red as spilled blood.

Several minutes later we came upon the first sign of a human settlement, an auto mechanic’s shop. A little further and we saw the benchmark of western civilization, a gated parking lot with an attendant, on what turned out to be the back of the village of Cadaqués.

We had a couple of options. Either we could hike straight up a narrow, cobblestoned alley to see the Museo De Cadaqués and whatever was on the other side, or we could cross a bridge over a cemented drainage ditch and walk into what looked like a main drag with shops and restaurants.

We opted for the climb to the top, only to find the museum had already closed. Cats meandered along narrow alleyways framed by white-washed buildings with blue doors and terracotta roofs set off at odd angles and accented by archways – village scenery that must have inspired cubists 100 years earlier. We watched as an old woman grabbed a cat near Eglesia de Santa Maria and took it into what appeared to be a cat hospital or rescue mission.

We grabbed a quick bite at Lua, which had wooden tables and benches parked outside on the cobbles. A couple of Aperol Spritzes and tapas made of eggplant and anchovies and roasted red peppers restored our energy after such a weary drive. After wandering around the village seaside for a bit, we walked back past the Eglesia de Santa Maria to a hotel we’d spotted earlier, the Tramuntana Hotel. It turned out to be a very chic, moderately priced place. My companion loved it immediately, but I was hesitant about booking the first place we saw, and did we want to stay the night? Yes and yes, she said and the concierge/hotel manager said, “You need to listen to your woman. And hang onto her.”

Well, it turned out to be the right choice. We had a huge, comfortable king sized bed, a double-person shower and an extraordinary view. The hotel was a modernized, renovated great house on top of a hill overlooking the village. It didn’t have a pool or much else going for it, but it was central to our needs.

We walked through the main drag to the beach, Playa Gran y Esportal, where we came upon a statue of Dalí that of course we had to photograph ourselves with.

Adjacent to the beach was the Plaça del Passeig, a village green surrounded by several restaurants and bars. We walked out of town, along the north shore of the village, past the hotels and bars into a residential neighborhood along a road that led up to a point where we had a great view of the mouth of the bay.

We also saw a creepy, Gothic mansion with overgrown vegetation. We imagined the Girona version of Miss Havisham lurking inside, waiting for her lover to return.

We headed back to town, past the village square and large beach, to a smaller beach and square with some restaurants and bars, walked a little further into what seemed like a sketchy stretch of beach front and found our way back to a rustic little tapas bar where we had a drink and tried to decide where we would have dinner.

Up a narrow alley, past the blue cat door of El Gato Azul, we walked until we came to an even narrower alley off to our left, where a gray slate resting against the wall was painted with the words La Sirena, “the siren”, and an arrow pointing the way.

Down the alley we went, to be greeted with the words La Sirena and a hand painted on yellow tiles over a blue door. We entered into a white-washed, cavern-like room with blue-checkered tablecloths, a paradise of aromas and colors and sounds, and sat down to one of the best, freshest seafood dinners of our lives.

Reaching La Sirena, we were greeted by a hand painted on the yellow tiles above its blue door.

The next morning we were greeted to a spread of baked goods and coffee, which fortified us for the trek to Port Lligat and Dalí’s place. It wasn’t easy to find, and we bumped along narrow dirt roads till we got to the tiny village where the great artist built his architectural marvel.

Once we got there, though, we learned it would be a half-hour wait until the next tour began. Blood sugar low, I was irritated and wanted to hop back into our SUV and head for France.

But my companion gently tapped me on the shoulder and pointed across the plaza to what looked like a bar. “What’s that?” she said with a smile. I shrugged. “I guess 10 a.m. is not too early for a beer or cava when on vacation, especially when one is about to enter the palace of supreme weirdness that is Dalí’s home.”

And what an amazing experience it was. I mean, from the first step inside, where we were greeted by a stuffed polar bear festooned with gold necklaces to the crystal clear pool with its bizarre statuary, the Dalí house delivered the goods.

It was fascinating to walk inside his place, like walking into his mind. That was especially true with this one oval-shaped room that was like the inside of a flying saucer decorated by a mad genie. I spent a long time standing in his atelier, gazing over all the instruments employed in his pursuit of the muse.

As I reached the end of the tour, I found myself doubling back to other areas of the house and the gardens. Looking out over the bay, I no longer wanted to leave this place, though just two hours earlier I had been itching to leave.