To sexists, my heartfelt thanks 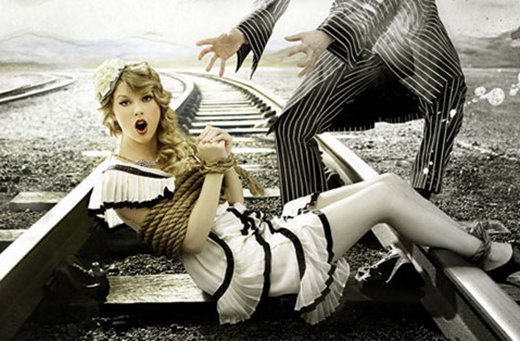 Ah, the joys of being a damsel in (constant) distress, from rails to parking lots.
D

As I look around me, I see a world more divided than ever, at least in my short lifetime.

Until now, I’ve remained out of the political fray, leaving commentary to those able to eloquently address the issues of the day. Privately, I’d hoped that our problems and animosities would suddenly evanish.

But they haven’t, so I think it’s time for me step in. Not to pour fuel on a raging fire but to highlight a trait shared by Italy and the United States, the two countries I’ve grown up in.

My goal is to bring newfound awareness to an oft-ignored group of people — men. I want to thank them for building bridges instead of burning them down. While the rest of the world has taken to finger-pointing, American and Italian men have stuck to their guns, refusing to argue about the sexism that binds them. I wish I could be even more fulsome in my praise, but not all men, sadly, are stalwart enough to stick so loyally to their international sexist code.

Before you mock me, or turn angry, let me explain my perspective.

Some men are sexist in ways that relate to family dynamics or because of their surroundings and upbringing. Others, to my utter horror, have somehow managed to make it into the 21st century holding onto that most outdated of outlooks — they’re not sexist at all. This is very troubling.

I don’t know about you, but I feel so much better in the presence of an over-confident but completely inexperienced man ready to take the wheel from my intrinsically frail and womanly hands.

I mention this so you know where you stand with me: if you’re sexist, I see you and I hear you. Don’t be afraid. Be proud. Not everyone deserves to be called sexist, so cherish your beliefs.

But back to my bold assertion that sexism is actually among the few mindsets that actually fosters unity. Here are some examples that prove my point beyond any doubt.

When a loud banging on my door woke me at 2 a.m. in my Rome lodgings, I rushed to open the door, fearing an emergency. And I was right. A fire alarm had gone off. But before I could focus my pea-like brain on how to respond, the apartment-complex manager burst through my door to explain that there was no fire. The blaring alarms had somehow triggered on their own. Though I’m fluent in both Italian (and English), the manager spoke to me in fractured and heavily accented English, ignoring my replies in proper and fluent Italian. He stared at the alarms and told me that none were going off in my apartment. I can’t imagine what I would have done without his soothing powers of observation. Thank God for such cool-headed men.

This story has its U.S. counterpart.

In America, I’ve been trained to drive a golf cart. One day a male visitor I was supposed to drive reassured me he’d also sit in front because I might need “help.” This was a remarkably gallant and self-sacrificing offer, since he’d never driven a golf cart before.

I don’t know about you, but I feel so much better in the presence of an over-confident but completely inexperienced man ready to take the wheel from my intrinsically frail and womanly hands.

I have countless other touching stories of this kind, all of them celebrating male unity. Take the American man who stepped into my parking spot as I tried to maneuver. He did this out of altruism, of course, and to yell, “Sweetheart, you’re going to need to learn how to park!” Though I hadn’t even started parking, I praise his foresight, knowing that nothing good can come from an unfinished parking job. Such helpful, spontaneous wisdom can improve the quality of a day.

In Italy, I’ve had doormen tell me, “I’ll take you, signorina, or you’ll get lost.” And bless him for that, since the flimsy cells that make up my memory couldn’t possibly have held on to the directions: left at the elevator, second floor, first door on the right.

Political quarrels aside, there’s hope in the world. We’re not as divided as some would have us believe. The most reassuring truth of all is that these wonderful and pure men are teaching their sons these precious practices. I know this because the other day I overheard a boy saying he wouldn’t watch “Ocean’s 8,” the all-woman remake of “Ocean’s 11,” and not because he thought it might be a bad movie, but because his father told him it’s a “chick flick.” This showed the father’s — or rather, hero’s —mental acuity, since chick flicks are categorically subpar.

Let’s toast these men the world round.

Whether I’m on a golf cart or parking, I send them all my warmest wishes.