To Kri with love 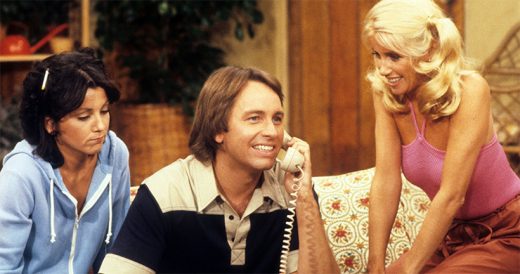 y parents nicknamed me Krissy when I was little. Apparently, it had something to do with Chrissy (Suzanne Somers), the ditzy blonde in “Three’s Company,” which was one of my favorite television shows. I think they were being ironic, or trying to lighten me up, because I’d been a sweet but serious child since infancy. My mother often reminded me that the first look I ever gave her was a contemplative, questioning one.

I did have one thing in common with the Somers’ Chrissy, though: I had long blonde hair, not quite as light as hers, but thick and often in braids that ran down my back. My name also did well. It was cute and rhymed nicely. My violin teacher —who had a mean little dog named Prissy, who nipped at my ankles —joked about having a Prissy and a Krissy. In elementary school, I had a best friend named Missy, and for a while we were inseparable: Missy and Krissy.

But when I got to high school, I no longer wanted to be Krissy. It didn’t fit. I was serious and studious: 15 going on 50. Yet my friends still called me Krissy, and my orchestra director called me Kris, which I liked even less than Krissy (too informal, I thought). I let it pass because Miss Wiebener or “the Wieb,” as we called her, was tough and selective about her favorites, so giving me a nickname suggested that she might consider me among them.

For the author, Krissy lost its allure when high school came around.

I went to college as Kristine, without Krissy trailing behind. During my year of school in Bologna, Italy, I had a roommate named Cristina Maria. I was Kristine Mary. We were 10 years apart and hardly kindred spirits, which the difference in our names seemed to explain. Cristina was more expansive and personable. As always, I was was studious and quiet. When I went back to Italy after college, however, I was ready to be a Cristina, or Kristina (the K in my name comes from my Aunt Kathy). My temper came out, but so did my warmth and passion. I could no longer take refuge in the Anglo-Saxon reserve of my given name.

Plus, I’d acquired a nickname that I loved — one that neither me nor my American friends would have ever thought up: Cri, or Kri, in my case. It rhymes with Brie, the cheese. Kri was light, sweet, and even elegant. I wore it well. In those years, I also became K in email correspondences. It happened spontaneously, perhaps as the result of my writing in this publication. No one ever called me K, or Kay, to my face —not that I would have minded if they had —but K has stuck as my email signature.

I wish I could say the same for Kri. I’ve told a number of American friends about my Italian nickname, and even though they like it, they never actually use it. But an Italian friend recently posted “Happy Birthday, Kri!” on my Facebook page. My dad calls me Kristina as a term of endearment, and Krissy when he means business.

A few years ago, at a school reunion, I was Krissy for the first time in decades, and a few of my childhood friends still call me that. Now that I’m comfortably Kristine, I begrudge Krissy much less than I did as a child. I even kind of like it — not enough to go by it, but just enough to remember the journey that my name and I have taken.