To have or to have not 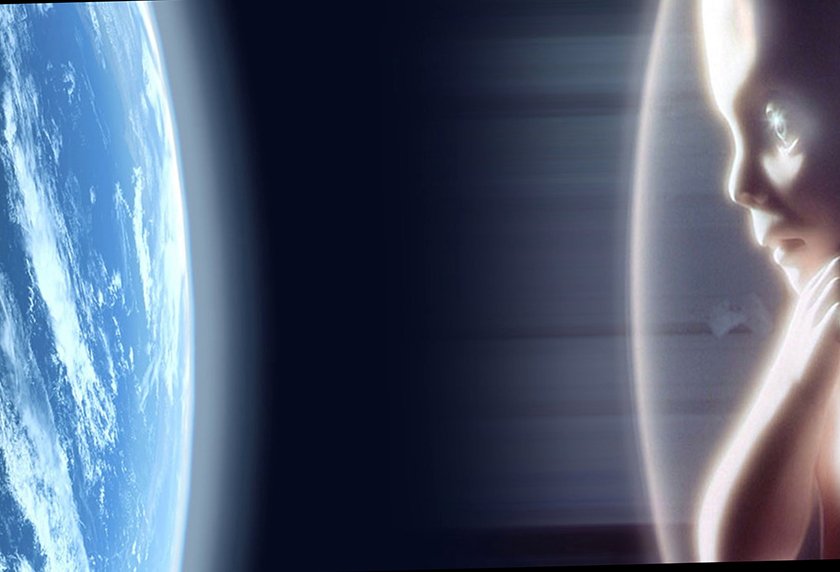 The "okay-ness" of having a child begs cosmic questions, as Arthur C. Clarke and Stanley Kubrick knew all too well.
A

March issue of the “London Review of Books” contains an essay titled “Is it OK to Have a Child?” by Meehan Crist, a Columbia University writer-in-residence specializing in the biological sciences. Crist has received widespread acclaim and her work has been widely published in “Scientific American,” “Nature,” “The New York Times,” to name a few.

It’s spring, with summer around the corner, a time when the young fancies turn to thoughts of Barry White or [insert an au courant love singer of your choice]. They are not alone in sensing the mood.

On a telephone wire outside our house, a pair of house finches are rehearsing. He, with very fetching bright red plumage on his head, is singing romantic warbles bequeathed to him by who knows how many generations of finches before him. She sits nearby, admiring the genetic fitness expressed by his song and plumage, holding a bit of nest-building fluff in her bill, presumably to remind him of the underlying purpose of this display, lest he get too carried away with his crooning.

For them, as for an uncountable number of other species on the planet, the question of whether procreating is “okay” doesn’t even arise. The reproduction imperative is life itself, right down to things like viruses and prions (degenerative proteins) that, technically, aren’t even alive.

“Is it OK to have a child?” is very much a first-world and 21st century question.

For that matter, people I know and love, family and friends included, are, I am sure, going ahead and making babies — it’s a reflex. Meehan Crist herself has a toddler.

The “Is it OK to Have a Child” question has a certain historical, political, ecological, and bioethical context. The question also happens to be as personal as it gets.

In her introduction to the subject, Crist mentions a 2019 Instagram feed by Congresswoman Alexandria Ocasio-Cortez.

“‘Our planet is going to hit disaster if we don’t turn this ship around,’ she said, looking up from a chopping-board littered with squash peel. ‘There’s a scientific consensus that the lives of children are going to be very difficult… And it does lead, I think, young people to have a legitimate question, you know, should …’ — and here she took a moment to get the wording right — ‘Is it okay to still have children?'”

This is, as Crist points out, very much a first-world and 21st century question.

“If you are reading this sentence,” she says, “it is almost certain that at some point, perhaps as you are making toast in your pajamas, or taking a bus to work while looking out at the gray right angles of a city block, or dancing barefoot, or lying awake at night with the pillow too hot against your cheek, the modern fantasy of choice and control will whisper to the age-old fantasy of ‘self’ knocking about your brain that having or not having a child is a decision. And you will make it. Or you won’t. Or you will feel – with rage, or sorrow, or relief – that it has been made for you.”

Crist is troubled by the way the question is framed, in particular as a “choice” humans can make to reduce their negative impact on the environment by cutting back on their individual carbon imprint. The journal “Environmental Research Letters” has calculated that if every American family chose to have one fewer child, the reduction in emissions would be equivalent to 684 teenagers adopting comprehensive recycling for the rest of their lives. It would also be 24 times better than choosing not to have a car.

“Obviously,” says Crist, such framing “shifts responsibility for global emissions from systemic actors like fossil fuel companies and governments onto individuals. By doing so, it gives corporations a pass while placing moral responsibility on people who live within systems where they are not free to make carbon-neutral choices. It accepts as inevitable the neoliberal order that has driven the climate crisis, and insists that our responses to this crisis take place within the same system.”

She goes on to point out that this way of talking about population leads down Malthusian paths to the enforced sterilization of certain people or peoples. In the spirit of the political movement known as eco-fascism, it can elicit calls for the extermination of inferior “races.”

The Oxford philosopher Nick Bostrom has proposed a thought experiment called the “paper clip maximizer.” The experiment speculates on what would happen if humans created an artificial intelligence whose sole mission would be to make as many paper clips as possible. This intelligence, “Matrix”-like, would start diverting more and more of the earth’s resources to making more paper clips, and at some point would notice that humans themselves represent a resource, but one not making paper clips while at the same time consuming them. Therefore, humans are superfluous to the single aim of paper clip manufacturing. So the AI eliminates human beings.

Responsibility for greenhouse gas emissions is shifted from fossil fuel companies to individuals.

This experiment, Crist points out, “is a pretty good metaphor for a global socioeconomic system that values the production of profit above all else. In a sense, we’re living in an experiment in which fossil fuel companies, whose goal is to maximize profit, have become an existential threat to humanity.”

In the end, the choice whether to have a child, if it’s really a choice, is not a carbon footprint choice.

“Having a child,” Crist concludes, pondering a question once simple but now vast, “is at once the most intimate, irrational thing a person can do, prompted by desires so deep we hardly know where to look for their wellsprings, and an unavoidably political act that increasingly requires one to confront not only the complex biopolitics of pregnancy and birth, but also the intersecting legacies of colonialism, racism and patriarchy, all while trying to wrap one’s head around the relationship between the impossible extremes of the personal and the global.”

Thirty two years ago, I was holding my infant daughter in my arms on the corner of a mean New York City street. And in that moment I was not wondering whether it was okay to have brought her into the world. I was wondering how on earth I was going to protect her from perils not even I could run from.