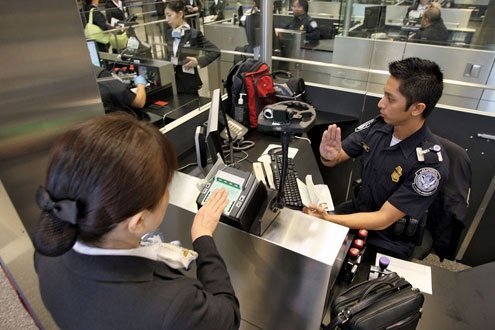 Why are you in Italy?
I

returned to America yesterday evening after a six-month absence. The flight itself was pleasantly uneventful. I slept through most of it craned over my foldout tray. Today I woke to a faint bruise on my collarbone.

Through the last part of the flight I made conversation with the man seated beside me, whose origins were unclear at first. “I’m American,” he said through a thick Spanish accent. “I was just born and raised in Madrid.” He thumped his American passport proudly on his knee. Chicago, he claimed, was the best city in the world. We talked about his family and politics and Spain. I never got his name. Disembarking, I saw an American student spontaneously blow a kiss to the flag. These, I told myself, are rites of arrival.

Back in Rhode Island, some things are habitual. I indulge in New York-style bagels and sleep comfortably in my childhood bedroom on my Queen size mattress. I have sushi with friends and usually run into acquaintances at the dry cleaners. I go shopping with my mother and spend a day or two in Boston. I also inevitably get one question from most of those I see:

“Why are you still in Italy? When are you coming back?”

The natural curiosity about my future and my life in Italy has made family functions and social interactions tiring, almost “painful.” It’s hard facing a question to which you don’t have an answer.

Over time, I’ve noticed how their tone has changed. While family and friends were once encouraging, some are now decidedly less positive. Friends of my parents want to know when I’ll start my “real life,” as if living abroad implied party nights and neglected responsibilities. Even friends who were abroad with me and know Italy’s allure have turned skeptical. One recently raised her eyebrows in unkind disbelief when I told her I’d be staying a fourth year. My grandparents, both native Italians, may be the most perplexed of all. My grandfather lists Italy’s political and economic woes, disdain etched on his face. I should be getting a teaching degree, he says, or at least go back to school. My grandmother says little but her nervousness around the kitchen when the topic arises makes it clear she’d prefer me at home.

At times, I feel an uneasy sense of guilt — perhaps my grandfather wonders why after all his sacrifice and American assimilation I’m tracing his steps backwards. In essence, I am undoing his work. Skepticism among those you’re closest to can make even the of strongest of personalities second guess themselves, and I’m no exception.

Many friends and acquaintances are starting their planned out lives, completing law school and masters degrees and working in Boston. Some are engaged and pregnant. Those who chose a path similar to mine are packing up and heading home for good. They miss good ethnic food, American efficiency, and air conditioning.

Though I’ve thought I returning, I simply can’t imagine it, not yet. It inspires feelings of panic. Italy, after all, is the only place I’ve ever known as a degree-carrying adult. Asked questions about the U.S. when I’m in Italy, I realize I can’t comment intelligently on the job market, on the tone of life, on public transportation. I’m not even sure if living on the East Coast is expensive, or how much rents run. I don’t know how most Americans feel about Barack Obama. Quite simply, coming home would be to step, ironically, into the unknown.

Upon arrival I learn my luggage has been lost. I’m only mildly exasperated. It’s happened before. I know it’ll arrive sooner or later. At customs, the security guard glances at my passport and asks the inevitable question: “Why are you in Italy?” I give my vague standard response. I was an Italian major. I didn’t know what to do after graduation. I have family there. My passport is stamped, and I continue through the gate, all the while pondering the possibilities, the plan B’s, if I didn’t live in Rome.

Maybe I’d be studying psychology or writing for a magazine. Maybe I’d be living with a boyfriend or even engaged. Maybe I’d know more about my family’s lives. But eventually it feels useless. The list is too long.