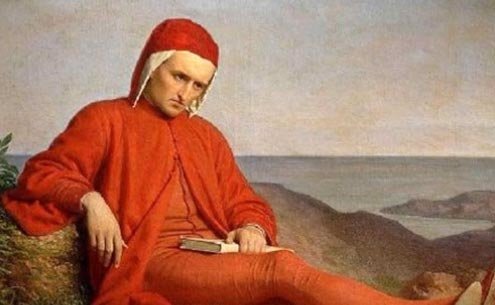 ometimes, I wonder if I should be living in Spain. Or Mexico, or Peru, a country where my Spanish language and literature degree would be put to good use. I sip my cappuccino and consider the possibilities that could, perhaps be available to me had I committed myself to nourishing my Spanish skills.

A bevy of job opportunities? A more appealing résumé?

Would I be struggling to decide between living in Spain or South America or my own North America? A huge stretch of the world, I think, would be at my feet.

And yet I chose to live in Rome, dealing daily with Spanish’s equally beautiful but decidedly less spoken counterpart, Italian. Strangely enough, I am questioned as much as I am complimented for acquiring the language. I’ve been told Italian is “frivolous,” elegant but without a real purpose, much like an antique.

I’ve met expats who have never made a real effort to learn Italian because it’s “not spoken outside Italy.” Italians themselves are incredulous when they realize how dedicated I’ve been, am, to their mother tongue. “Why in God’s name did your parents pay for you to study Italian?” the barista yelped this morning, before launching into the wonders of New York City and the Grand Canyon (he’s never been there). Above the bar, postcards of American landmarks are carefully taped to the wall in a clean, careful rectangle.

At times I ponder what my life would be like if I had embraced a language that is considered “useful.” I am in China under a gray sky conversing with my taxi driver in Mandarin. I am fluent in Arabic and have a secret government job, my salary worlds away from my meager English teacher pay.

Why then, did I choose Italian? And why is it so important to me? Most assume that my family heritage led me towards the language. Yes, that was certainly the initial catalyst. My grandmothers both played an important role, one alive and the other who never knew of my existence.

As a child I puzzled over my paternal grandmother’s strange English pronunciation, each word’s shape different that than my own. I would occasionally hear her speaking to relatives on the phone and be stricken with envy, as if she had acquired a magic power and hadn’t bothered to share it with me.

And Clarice, my maternal grandmother, whom I never met: I keep a picture of her in my room, a black and white Polaroid of her in a bikini, mouth open, mid laugh. “Your grandmother spoke regal Italian,” I was told. I wish I knew what her Tuscan accent had sounded like.

In learning Italian I’ve been able to hear my great uncle’s account of World War II, and read my cousin Salvatore’s first published book, which has never been translated into English. I became familiar with the sweet nature and quick wit of my cousin Teresa, all feats that wouldn’t have been accomplished without knowledge of their language.

But more than that, I consider the people I’ve met here. Some have become friends, others faces I can’t recall. I think of Gloria, my first Italian friend, who waited patiently as I spoke unevenly, supplying me with new vocabulary. Two Christmases ago she came to visit me in the United States and we shared red velvet cupcakes and took our photo under the Statue of Liberty. There’s Fra, my Italian teacher in Bologna, tall and wiry and who danced on chairs during class. As my knowledge of the language grew so did the depth of our friendship. I think of Chiara, who understands my American sense of humor. I met Luca my first year in Bologna, shy and a bit reserved like me. We celebrated Thanksgiving together and shared pizza and complained about our jobs. He has since moved to Ireland, and I feel grateful I no longer live in Bologna, as it would be a different city without him.

I think of Marta and Martina, Fiammetta and Alice, Elisa, Rossella, Matteo, and Bove. I consider the conversations I’ve had on buses with strangers, the secretaries where I work. I think of the barista, his voice rising as he describes the beauty of America. I am overwhelmed by the stories that have been told and the ones I’ve yet to hear, the people I’ve yet to encounter. After all, we would never have met if I hadn’t breached the barrier, learning their words for “good afternoon” and “come on over” and “I love you.”

This may not be enough for some people, but it is for me.

Occasionally, I imagine a parallel life in Spain: the people I would have met, another Gloria drinking coffee or studying at the university, the people I could have gotten to known. Who are they and what are they doing now? I wonder if we’ll ever meet.