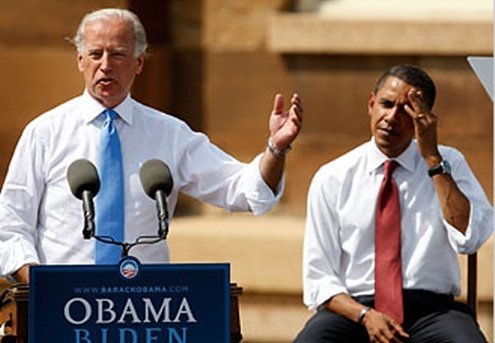 hic is a funny thing. It rarely announces itself. It can drop in overnight. Sometimes it settles in for the long haul (take blue jeans or The Beatles). Cool is merely short-form chic. Both depend on infatuation — with person or thing — to publicly generate and celebrate a bond.

But when chic turns sour, or exhausts itself, woe to infatuation. When the thrill is gone, it’s usually gone for good. There are 10,000 Paul Reveres for every Paul McCartney.

Which is why Barack Obama is flirting with trouble. And not just of the summer blues kind. Convention showmanship may obscure it, Joe Biden will diminish it, but Obama is on the chic-loss precipice.

It’s not Obama’s fault that the Denzel Washington varnish has faded. Anticlimax can wither winter pretenders, with enchantment turning restless and familiarity to contempt. A deeply prudent man, Obama seems determined to wait it out.

Blame in turn has its own chic.

The mainstream and You-tubular media has had 18 months to peddle, exalt, disdain, and reboot. Too much time annoys even the hardy. The corrosive Clinton duo was late to quit its loud smoldering, neither pacified nor ostracized. John McCain, who at 72 knows presidential game, persists in not going away. At ease, he does high road and low with equal dexterity.

But it’s the dare-to-dream candidate’s complicity in his own reluctance that disheartens.

True, a skeptical society will eventually take apart most new-dawn messages, particularly during a recession. The political equivalent of magical realism can last the primaries but rarely carries over to a general election (it didn’t for John Kennedy, who struggled until the debates). Wooing partisans is easier than persuading skeptics, and Americans, a conservative lot, have always hitched their dreaming to the practical.

Still, Obama has recently seemed tentative, even overmatched. The Biden choice, while sensible and adroit, agreed to a jarring premise: That the candidate was a foreign policy novice who could use adult guidance. Biden, said Obama, was “ready to step in and be president.” No doubt true, but why insist? The BBC’s Kevin Connolly scored a point by alertly calling the Biden choice “counter-intuitive.” McCain’s bad-news hounds rightly pounced on fresh meat and chewed. They won’t stop.

Overall, there have been fewer blunders than disappointments. Obama’s Berlin speech was heavy on pretty platitudes and short on involving specifics. Russia’s invasion of Georgia, an opportunity to weigh in on a complex matter, went wasted (in part because recommending restraint in the post-9/11 world is tantamount to no comment). Since the winter wars, little has sounded vital or urgent. Strong wording on race has not been systematically reiterated. Disassociation, from pastor or misstatement, has often taken assertion’s place. Obama’s hit singles have diminished.

This is a far cry from Bill Clinton’s wild-ride 1992. Clinton, the disarmingly articulate former Arkansas governor, confidently picked fellow young Southerner Al Gore to help send incumbent President George Bush packing (he who bemoaned “that vision thing”). The Democratic duo, 46 and 44 at the time, strutted into the White House on the back of a bad economy.

In fairness, Obama breathes rare air. He’s the first black man to run for president. Critics of his inexperience subliminally factor in race (educated bias is often indirect). But the weight of history is a tough rationalization. The forensic television ad attacks Karl Rove perfected for George W. Bush are now standard fare for both sides. The playing field is generally level. Insult remains ultra-chic. Nothing new there.

What distinguished Obama against Hillary Clinton was a willingness to host his own heroism. He possessed the style, grit, and confidence to challenge his party’s established order. He spoke loquaciously and brashly not only about change but about his need to lead. The message, articulated for the first time four years ago when he rose to prominence, undid Hillary’s sure-thing grip.

Since winning the party race, however, self-consciousness has emerged. So has a work-in-progress side. The heroism once effortlessly attached to Obama no longer clings with the same conviction, in part because he effaces it. Misgiving, once resisted as partisan (or of Hillary’s making), is more easily entertained.

While it’s fair to say that the campaign hasn’t begun in earnest, that August polls mean little, and that personality is moveable piece of the presidential puzzle, Obama’s timid tail-off is for real.

The candidate had better hope convention rhetoric re-invigorates nonpartisan interest and deepens his so far non-binding national appeal. He must emerge top-of-the-charts confident. If thrill collapses, Obama will follow it down.