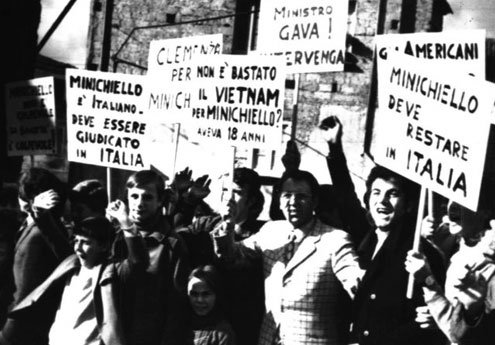 ate summer indolence is quirky. News makes waves from humid nothings. Magazines write about whether cats have souls, or if Russians are more susceptible to flirtation than, say, Pakistanis, who are in turn besieged by deviously wicked floods. August tells you that American twenty-somethings are stalled adults or that a new notepad application affords “a clean break from the pencil-and-paper era.” Poor pencils and paper.

Journalists busy themselves with lunatic sentences: “The remains of a Japanese woman have been found in a backpack, in the latest gruesome discovery by investigators searching for missing old people.”

Only August can deadpan the hunters of the missing elderly.

“I search for missing old people.”

In 1978, as a correspondent in the Rome bureau of United Press International, a summer memo instructed me to spend less time with Italian politics and more with odd medical conditions, garden vegetables, funny pets, and improbable sex, which summed up sounded illegal.

Still, I took it teasingly to heart, producing a tidy if fictitious piece about a blind Italian tomato farmer whose wife had found a lovable three-legged dog near an abandoned leper colony. The three-legged dog, I added, actually belonged to the farmer’s mistress, a one-time model who had fled the city in a longing search for Umbrian pillow feathers and saffron.

Bereft of satellite signals, those non-global years made summer’s nullity enthralling in reverse. Every August, Italians expected a summer coup, as if generals and their ilk, unable to otherwise entertain themselves, would march on Rome as a momentary antidote to laziness. Why anyone would actually want to seize control Italy failed most seaside logic. It didn’t help that most generals were on vacation.

A year after the summer of the three-legged dog, employed by Newsweek, I was sent to interview a man named Raffaele Minichiello. I was told I could find him at a bar near the Porta Portese flea market in Trastevere, where he made coffee and served sandwiches.

At a distance, the Minichiello story falls into the category of missing old people, minus bloodletting and backpacks.

In October 1969, the Italian-born Minichiello, a 20-year-old Marine lance corporal and Vietnam Purple Heart veteran, hijacked a TWA Boeing 707 flying from Los Angeles to San Francisco, forcing it to fly to Rome with stops in Denver (where Minichiello released all 39 passengers and two flight attendants), New York, Maine (for refueling), Ireland (more refueling), and finally landed in Rome some 18 hours later. He said he missed his father.

At the time, Minichiello faced a court martial for burglarizing a supply store to get back $200 the Marines had shortchanged him, or so he said. He boarded the Flight 80 with an M1 carbine, 250 rounds of ammunition, dynamite caps, and a knife after buying a $15.50 ticket to San Francisco. He asked to see the captain over Fresno.

Minichiello, called a “frightened and cornered boy” by Time Magazine, was finally arrested in a field near Rome’s Via Appia Antica after fleeing the airport in a police car he’d commandeering at gunpoint. He spent a year at the city’s Regina Coeli prison and was ultimately tried for “bringing a weapon of war” into Italy (Italy lacked air piracy laws and refused to extradite suspects to nations that sanctioned the death penalty.)

By the start of his November 1970 trial, Minichiello had been transformed into folk hero; a son of Italy forced to serve in the morally corrupt Vietnam War. Attorney Giuseppe Sotgiu’s defense mimicked lyric opera: “I am sure that Italian judges will understand and forgive an act born from a civilization of aircraft and war violence, a civilization which overwhelmed this uncultured peasant, this Don Quixote without Dulcinea, without Sancho Panza, who instead of mounting his Rocinante flew across the skies.”

On it went: “Even from the moon, Minichiello would have come back to us, to breathe the air of Italy, to embrace his aged parents.” Minichiello’s ailing father, an immigrant to the United States, had retired to southern Italy after years in Seattle.

“Don Quixote” Minichiello eventually got a seven-and-half year prison term that amnesties all but canceled. He was released from prison in 1971 to national applause. “Future skyjackers could hardly be discouraged by the leniency shown Minichiello,” wrote Time. His remains the longest one-man hijacking in commercial airline history.

My August meeting with Minichiello was part of a 10-year-anniversary piece intended to recall the hijacking. But by the time I met him the world’s mood had gone surly. And Minichiello with it.

He had nothing to say about the past, and even less to say to an American journalist. “It’s August,” he reminded me (I needed no reminder). “What does anyone have to say in August? Why bother me in August? Come back in September.”

I wanted to, but by then the magazine had lost interest in ancient hijackers. Lunatic sentences, whether about old people, hijackers, or even the illusion of an Iraqi withdrawal, have any given August’s finicky life span. No doubt as enduring as the souls of cats.