Thoughts on the red red cape 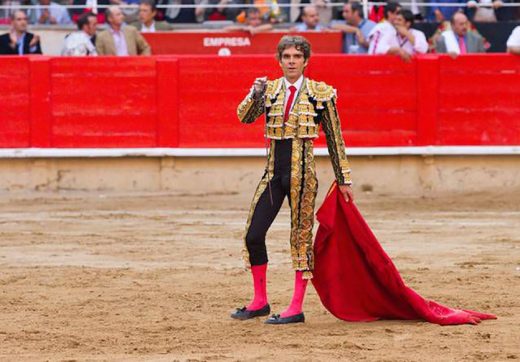 In bullfighting, red is a tease for a male bull, who is then slain by a macho man. Do the math...
M

y father’s first job after his World War II service was as a medical officer on a Navy vessel in the Pacific. He was the venereal disease inspector for the Great Lakes Naval District in Chicago. As far as male sexuality goes, he’d seen it all. And he shared this knowledge with me and my sister.

He loved to repeat a line he said originated with an English schoolmaster: “It is reverence that must be taught day and night if boys are to be anything but apes.”

Dad himself was no angel. When he wanted to go to Quinn’s, the famous sailor bar, during a family visit to Tahiti, we all knew it was not to relive quiet wartime afternoons drinking tea.

Sometimes Dad was almost too rough. His aggressiveness, even on my behalf, could be frightening. “If you ever get ‘in trouble,'” he swore, “I will come and kill the guy.” He was an outspoken advocate of legal abortion and said he’d help me get one if necessary.

While the presumption of male culpability was high, his was not a simplistic message.

Dad told us that women had more power than they thought, and the statement was a warning. Use that power wisely and do not tempt or abuse it. Dress thoughtfully and mind the message you send. Wave a red cape and a man can become a bull.

Some of what he said he’d learned growing up between the two world wars. Boys were afraid of the mysterious female sex and of not knowing how to be what, in the 1930s, was referred to as “suave.” He had been one of those frightened boys, so he urged us to be kind to the awkward and helpful to the shy.

Dad’s preparation for male reality was not enough one the night in the 1980s, when I accepted a New York friend’s invitation to go bowling in a group at the New York Athletic Club. Afterward, we went to the Park Avenue penthouse of a classmate of hers from a famous New York girl’s private school.

Sometimes Dad could be frightening. “If you ever get ‘in trouble,'” he swore, “I will come and kill the guy.”

But I was soon bored by the talk about people they knew and decided to go home. A boy I kind of liked said he would leave too. I was poor and hoped maybe he’d help me with cab fare or walk me home.

Instead, as we walked down the corridor to the apartment door, he tripped me, pushed me into a dark room, and shoved me down on a daybed that was against the wall. He didn’t get too far because my bowling outfit consisted of tights under culottes. But he did pin me against the wall. Every time I tried to get by, he pushed me back. I heard others leaving the apartment but was too embarrassed to call out.

Finally, he fell asleep. I managed to scramble over him, fumble with the apartment’s locks, get out, and run home. I heard something break on the way out.

The next day, the friend who had invited me in the first place called me, outraged. Apparently, what broke during my escape was a valuable violin. How could I? In the house of someone she knew? I tried to explain what happened. “You’re lying,” she told me. She didn’t believe me because the boy “came from a nice family in Greenwich.” I wanted badly to write the owner of the violin to apologize, but it seemed futile. My friend said the woman had told her “Don’t ever bring that girl to my house again.”

I did not tell my father about the incident. I feared he’d think I had failed to listen to him and behaved stupidly. Plus, he was thousands of miles away and had suffered a stroke. He didn’t need another one.

It wasn’t just the assault that would have enraged him. He would have been furious to think that any spoiled East Coast preppy boy from a fancy Connecticut town was worth more than his daughter’s word or that anyone could call me “that girl.” Good old Midwestern Dad had a lifelong grudge against cozy East Coast elites.

Obviously, this story has been much on my mind during the Brett Kavanaugh Supreme Court confirmation mess.

So has my father.

Brett Kavanaugh: Does he tell his daughters that boys will be boys?

Dad was a big-time Republican and in the 1980s an active supporter of the Federalist Society and what has since become known as Paleoconservatism, which is all about small government and national tradition.

Would he have believed that a man, even a nice Republican preppy boy from a fancy town in Maryland, could do that? Hell yes.

I can’t imagine what he would make of the naked power grab by men who profess to blindness about the male capacity for sexual assault, whether judge or basketball coach.

I can’t imagine how Dad would have reacted to Yale Law School professor and Tiger Mom Amy Chua’s advice that female Yale law students dress in an “outgoing way” and wear heels when interviewing with Kavanaugh for a clerkship (and to the fact that one of Chau’s daughter got just such a clerkship).

Dereliction of duty I suppose is what they call it in the Navy. But I’m sure Dad could have come up with a coarser term.

About the Author: americamag53