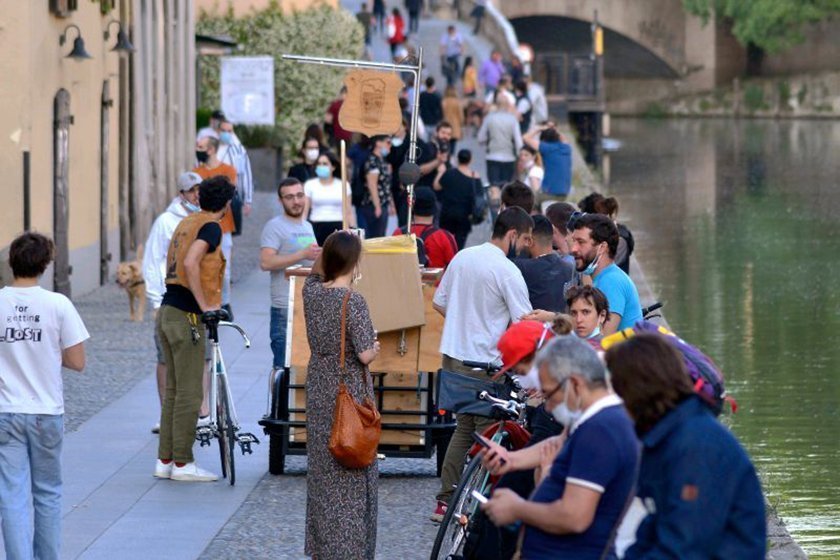 Milan revived, at least in part...
I

recently asked my Facebook friends in Italy, most of them in Rome, to tell me their personal best and worst experiences since the second phase of the country’s response to the corona virus went into effect on May 4. The full-scale lockdown has been eased, at least a bit, and more people are out and about.

In any other period, these good and bad moments would be simple things you’d pretty much take for granted. But not now, when huge chunks of the world have come unhinged.

Here are some of their replies:

It’s an interesting mix, and certainly proves that gelato matters. Frankly, I thought the biggest complaint would be that people weren’t observing social distancing. No one even mentioned that, making notoriously anarchic Rome residents sound better than their famously disciplined Milanese counterparts. Or maybe some of images of Milan, where crowds seemed to be walked around thoughtlessly, were staged to make people look bad.

I hope so, because dispensing with distancing is about the least smart thing you can do at the moment.