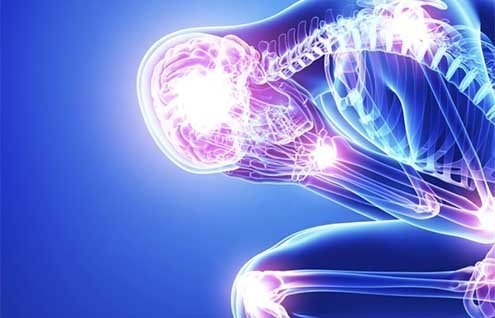 Pain management, though seemingly an obvious part of a doctor's role, is still taught in murky fashion.
I

still don’t know what I want to be when I grow up. A doctor, of course, though I’m undecided on the specialty. No matter what path I choose, I consider it vital part of my future job to practice palliative care — compassionate pain and symptom management. During a shift in the emergency department earlier this year I had the chance to put that goal into action.

A young man came in with severe flank pain. His story suggested a kidney stone, and that’s exactly what a CT scan showed. He was given IV fluids and acetaminophen (Tylenol). I was surprised at the choice of pain medication. To me, acetaminophen is what you take if you have a mild headache, not a kidney stone. That’s because the pain of passing a kidney stone has been compared to the pain of childbirth. And we give epidurals for childbirth, not Tylenol.

But this patient was told that if he needed stronger pain medicine he could opt for a low dose of morphine. The problem is that many people don’t ask for more pain medication — even when they’re hurting.

People also show their pain differently. Some writhe and groan, which admittedly makes assessing their pain status easier. But others just grit their teeth and bear the hurt silently, making it look to the nurse or physician observer that they’re doing fine. The best way to tell whether a patient is in pain, then, is to ask them. This may sound obvious, but too often the question is never posed.

How to manage the kidney stone patient’s pain was at one point discussed by his providers, the emergency room residents, and the attending physician. One of those caring for him said they didn’t think he needed morphine. The rationale was that he didn’t “look” uncomfortable.

My ears perked up. My skepticism about using acetaminophen alone hadn’t gone away. I offered to ask the patient about his pain level, and whether he wanted something stronger, a plan approved by my supervisors. Few people turn down an offer of legitimate help in a place a busy as the emergency room.

So I did just that. The patient told me his pain had decreased but still remained significant. When I asked whether he wanted a dose of morphine, he immediately said “yes.” He looked grateful and relieved at the idea. I made sure he knew the drug would make him a little drowsy and that he wouldn’t be driving home after his discharge later in the day.

My supervising doctors seemed very surprised at his choice but agreed to use the drug. It had already been ordered as backup to the acetaminophen. At that point all I needed to do was find the patient’s nurse and request that she administer it.

A little while later, I checked on the man and found him fast asleep.

“Well, I guess that took care of his pain,” I thought to myself. “Mission accomplished.”

I need to be clear about a few things. The doctors and nurses in the emergency room provided the ailing man with prompt and excellent care. They were thorough and professional at all times. They were also busy caring for much sicker people who needed close attention. At the same time, I wish someone had thought just a little harder about his suffering. I’ve had this same thought over and over, in many clinical settings, both inpatient and outpatient.

My research and clinical experience may place attention to palliative care and concern about pain management higher up the ladder than with most. Paying attention to pain has become something of a habit with me. And habits take time and repetition to form.

Pain management is an admittedly complicated issue. In all settings, especially in emergency rooms, doctors must be on the lookout for drug-seeking patients who fake or exaggerate pain to get opioids like oxycodone or dilaudid (the popular TV show “House” made this clear, but made the abuser into a doctor). This need for hyper-vigilance can make some physicians less likely to give patients stronger pain medication even when warranted. But that kind of screening clearly wasn’t necessary with the kidney stone patient. His malady was real and he didn’t walk in begging for pain medication.

My sense is that dealing with pain isn’t something doctors think about enough. Honestly, we’re not taught to. We’re instructed in antibiotics, heart failure medications, and blood pressure drugs. We’re taught about the opioid epidemic, which is very real. But we’re not really taught about how to use medications — opioids or otherwise — to effectively treat pain. I view this as a major failing of medical education.

Given that reality, I see it as my responsibility to ask patients if they’re in pain. And if they are, to try and do something about it.