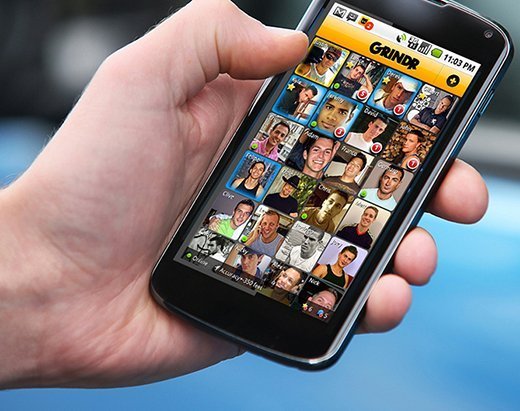 Apps serve a hook-up function, and in that sense they're useful. Unfortunately they also attract an intolerable level of verbal viciousness.
I

’m sitting with my friend Fabrizio in a shabby chic cafe that charges more for table fees and service than it does for a cup of coffee. It’s a good thing we intend to stay put for a least an hour. Fabrizio is a handsome man in his mid-30s. He’s finishing a Ph.D. in Japanese linguistics at Oxford and speaks English impeccably. Besides his long black mane, one of Fabrizio’s most notable features is his manly chin. It’s the kind of chin superheroes have, and plastic surgeons copy. Ironically, he says, his chin is what he hates most about his face. Fabrizio describes himself as effeminate but to me he’s typical of a classic academic. Maybe he feels his manly chin mis-represents him and his long hair better expresses his self-image.

Fabrizio often complains about the way feminine-acting men are undervalued or disparage by other gay men. “When gay men criticize other men for being too effeminate they’re just expressing their own internalized homophobia,” Fabrizio says, referring to a nasty comment a mutual friend of ours made about bottoms after announcing he was a top, as if that gave him official license to offend.

“If he thinks bottoms are so loathsome, then who is he having sex with? People he despises?” Fabrizio says.

As always, Fabrizio’s laments then turn to his difficulties in finding a companion. “The only way to meet a guy now is on Grindr and nobody wants someone like me. I either get ignored or insulted for being too effeminate.”

Ask yourself, no matter how pretty the photo, do you really want to lose time on a bigot with a cruel streak? As for those who use Grindr to spread hate, I am pitiless. May their testicles wither.

Grindr, the notorious gay hook-up app, has faced strong criticism for the way it allows and even encourages abuse and shaming (too old, too fat, too fem, wrong racial group.) Almost everyone I’ve talked to has faced some form of verbal abuse by people they met on Grindr. While there’s no excuse for cruelty, I think it’s also important to remember that Grindr couldn’t be further from a mutual support group. It’s designed to help guys meet up and have sex. Which, unless you’re simply looking for someone who has a penis and is still breathing, implies a selection process that comes with a risk of rudeness. Everyone has specifics they find sexually attractive and exciting. They also know what turns them off. Take a hairy back, for example. It’s commonly mocked and some consider it a universal turn-off. But the details of intimacy lack a norm. For me, so long as I get a jungle up front, I don’t really care if the guy forgot to trim the grass out in the backyard.

Racial slurs, body shaming, and all the other ugly stuff some spew carelessly are another story. They harm both the recipient and society as a whole. It is a direct form of bullying that can contribute to depression and other mental health problems, particularly among those with low self-esteem and a poor self-image. It’s also a form of social violence against us all. LGBTI+ people continue to beat the verbal brunt of public abuse, particularly during sports events. The field, arena or court represents the bastion of the heterosexual male, where youths and adult consider it fair to pile on homophobic slurs. But why do homosexual men feel they have the right to copy this heinous behavior on Grindr? This is not a freedom of speech issue. It’s verbal violence, plain and simple, which is as destructive as hooliganism, vandalism and street riots.

I’m not entirely sure how to curb this tendency. I’m not sure policing Grindr is an answer. I do think abusive remarks should be reported and removed.

Many years ago, long before social media and apps, when I was relatively new to the gay world, I found myself chatting with a wiser and more experienced friend about meeting guys. He was a handsome bald man. But it wasn’t a baldness that announced, “I’m so manly I can shave my head and be sexy.” Though still young, was prematurely losing his hair.

“I often wear a baseball cap,” he said (a common style at the time). “When I meet a guy in the pub or at a club and we’re getting to know each other, at some point I casually take off my cap. More often than not the guy will say he has to go to the washroom and he won’t return.”

That must feel horrible, I told him.

“At first it did. I even considered getting hair transplants. But then I thought, if the guy is so superficial that he doesn’t want to get to know me because I’m losing my hair and is such a coward that he has to run and hide, do really I want to waste my time on him?”

Comments about your picture and profile, whether naughty or nice, say more about the quality of the person making them than they do about you. Ask yourself, no matter how pretty the photo, do you really want to lose time on a bigot with a cruel streak?

As for those who use Grindr to spread hate, I am pitiless. May their testicles wither.