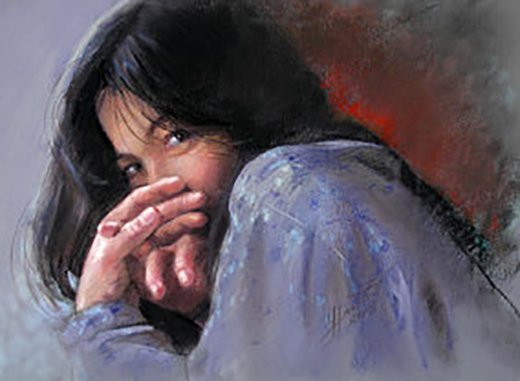 Being placed under sudden scrutiny is no joyride.
P

eople gripe a lot about the in-law part of marriage. It’s an age-old complaint, of course. Love for a partner can hit the rapids when you add that partner’s mother or father (or both) to the mix.

What people talk about less is the role that plays just starting out, and I’d venture to say it’s just as significant before marriage as after (assuming you even get to the wedding stage).

Here’s a case in point.

Q: I am living with my first boyfriend. He’s not technically my first. I was involved with a man for six months, but we never lived together and he had issues with depression that I couldn’t fix. Max, the guy I’m with now, I met while in London; he was doing post-doc work and I was visiting, and it all went from there. We’re now together in London, at least for now, and I’m loving it, and him.

People gossip. They always have and always will. Part of it is curiosity, another part envy, and a lot of plain old boredom – other people’s lives are the spice of some people’s existences.

This brings me to the holidays, in which all our parents (we’re both American) came to visit. My parents seemed to get along with his just fine, but strange things started happening with his mother, younger sister, and stepmother (his mom is divorced). Though they were nice to me up front, I twice caught them whispering about how “very quiet” I was. Obviously, I wasn’t meant to hear it but I did, and that was fine: I am sort of quiet, if not shy (bars, which Max likes, aren’t and never will be my thing). But then, later, I walked into the ladies room at a fancy Indian restaurant and “caught” them making fun of my “adoring eyes,” which I guess was a reference to how I look at my boyfriend Max. No, I didn’t eavesdrop. I was already there but they didn’t know it.

One of the reasons for my shyness is that I’ve never liked people making assumptions about my behavior. I don’t say much. I listen. The “adoring eyes” part made me crazy not because it’s mean but because it’s condescending. Why not tell me to my face, “You seem like you really love Max.” Where’s the harm? Why gossip when you’re meeting your son’s girlfriend for the first time? Why create this little chatty threesome and spend time commenting on me as if I were some exotic species, or maybe someone they’d really wish Max would just dump. After all, she’s so shy and deferential and makes eyes. I can’t and won’t talk to him about this because I know he’d just tell me to ignore them. He’s an adult. But they’re not, and I expect this to continue. How do I “fight” back?

A: Well, at least you’re in London for a while, though I’m sure you’re not in the mood for lightness.

To the point, people gossip. They always have and always will, appropriately or otherwise. Part of it is curiosity, another part envy, and a lot of plain old boredom – other people’s existences are the spice of some peoples’ lives.

I think it’s too soon to confront them, as in telling mom or sis that you might seem shy but you’re not shy about telling people they shouldn’t meddle. You just met these people. They’re being eaten alive by wanting to know just what makes you tick. Since you’re not the tell-all type, they have only tidbits to go on, which makes your sense of privacy all the more frustrating.

When I met my husband, his mother and my mother spent hours on the phone trying to figure us out, and I also overheard some of that. Some of it was funny, some not at all. I broke it up when it became an obsession, shutting my mom down and asking her to please remove herself from our relationship, and she did that, briefly. It was good for all involved and we’re a lot saner for it.

That’s not a suggestion. It’s just a recollection intended to say that this happens in most if not all relationships that parents bother taking an interest in. You’re Max’s choice, and his center of attention. That means they’re a bit more to the side. Add it up in human terms. Know thy enemy and know thy son’s lover should be in the same book of bromides, since it’s true. Anything intimate, other intimates chase down as if their life depended on it.

Chill on this for now. Next time around, if it’s possible, try to meet these ladies one-to-one, mom, sister and so on. Establish individual relationships first. Once you win over one, you will likely win over all. I know this may not be something your privacy wants to do, but I think it just might be worth it if you really like Max.