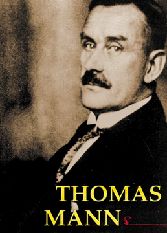 No, you cannot find this easily. Yes, you should try. German novelist and Nobel Prize winner Mann brought his potent lucidity to bear on loathing Hitler (he addressed thousands at anti-Hitler rallies at Madison Square Garden). His mournful hectoring peaked following the Munich accords of 1938, when Britain in essence handed Czechoslovakia to the Nazi regime. “Madness, thou hast prevailed,” he writes. His rage against England is bottomless. Europe, he says, “was sold into slavery“ by the “governing classes of England” determined to use fascism against communism and watch from afar.

Had Britain called Hitler’s bluff, Mann posits, the tyrant would have backed off, marking the beginning of his end. Mann may have been wrong, but what’s so desperately right, and painful to read, is the voice-in-the-night warning against Europe’s complicity in its own cultural, religious, and ethnical obliteration.

Blogs may be today what chapbooks were in the 1930s, but the many voices void the luster of one at its best. “To be against Hitler is always to be right, let it turn out as it will.” It did not turn out well in the short-term, and events beyond Mann’s worst nightmare came to pass.