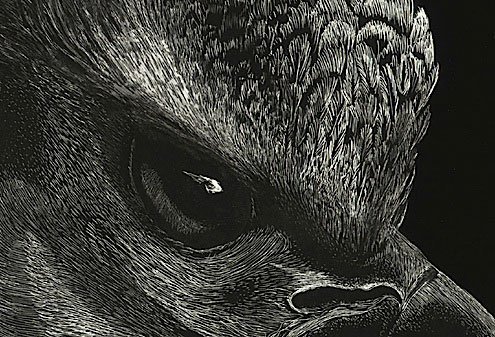 had an anguished phone call from a nice young American couple staying for a week at our house in the Umbrian hills. They had driven into the backwaters of this lovely but remote corner of Italy, hoping to find smiling Italian mammas welcoming them with open arms and plates of steaming pasta, just like in the movies.

Instead, they ran into the worst kind of shrill-voiced, grasping harpy, who rounded on them with the full force of her considerable weight when they inadvertently chipped off the corner of the stone step outside her house after driving their rental car up an impossibly narrow street. As the couple tried to stammer their apologies in their almost non-existent Italian, the furious woman demanded €400 and threatened to call the police. Now, however justified she might have been in calling these young tourists to account, everyone knows that €400 is far in excess of the real cost of the damage. Indeed, when my Italian husband subsequently went up to sort the problem out and rescue the by now thoroughly shaken pair, she settled for €80.

It is an unpalatable fact that however much we all hate stereotypes there is a breed of Italian whose eyes light up like dollar signs as soon as they see a foreigner. I’ve witnessed it myself dozens of times. Rome taxi drivers are masters at the game. Only this week, a friend from England rang me while on a long weekend in Rome to tell me how she had been taken what seemed like twice round the city by a driver who had accidentally forgotten to turn on his meter.

But in my experience, the worst offenders — the stitchers-up-of foreigners par excellence — are contadini, those country folk for whom there is no real translation into English, but who, as the saying goes, have scarpe grosse, cervello fino — literally big shoes but sharp minds. When I’d just arrived in Italy, more than 20 years ago, I must have seemed like manna from heaven — a young woman from England, with no one to look after her. It was never done with malice, but some of the local villagers had a field day. Many of them clearly thought I must be very rich indeed, and I’ll never forget one old chap earnestly entreating me to rent his cantina to store some furniture for about four times the price I would have paid in England.

Then there was the time a sweet-faced woman in the village generously insisted on washing and ironing all my brother’s shirts when he came to stay for a fortnight, as we still didn’t have a washing machine. When she returned the pile, she unblinkingly presented a bill that even a bespoke laundry in Savile Row would have baulked at charging. For years, every single cherry and stalk of wild asparagus mysteriously disappeared from my garden while I was away working during the week in Rome. They even filched my zucchine, which I had nurtured lovingly from seedlings.

Of course, by no means are all Italians in on the sport of fleecing foreigners, and I have been at the receiving end of countless acts of kindness since moving here all those years ago. And the flip side of the coin is the foreigner who tries so hard to embed himself in the local culture, that he ends up becoming sneakier than the wiliest Italian contadino. When I say he, I should really say she, as the person I have in mind is a particularly obnoxious Englishwoman who bought a house in the same village as mine. She did everything in her power to ingratiate herself with the locals, bringing them presents from England and spending hours playing cards with them. She finally saw her chance to achieve full integration by causing problems for another foreigner — me — a golden opportunity to show her new friends that she was one of them.

A serious water shortage had struck the village and we were the obvious culprits, since we had a swimming pool. The English harridan went round the village, spreading the rumor that it was our fault and that we had a secret supply of water when everyone else’s taps were dry. To their credit, at least half the villagers refused to believe her and after almost a week of misery, the problem was finally identified and repaired. . But by now, my husband, usually a peace-loving person, had had enough and went up to the woman’s house to remonstrate. She back-pedaled furiously, wheedling apologetically for any offence. She was clearly desperate not to be thought ill of by an Italian. In her rose-tinted vision, Italians equals good; foreigners equals bad. But as the young American couple found out to their cost, life isn’t always like it is in the movies.