Therapy and the past 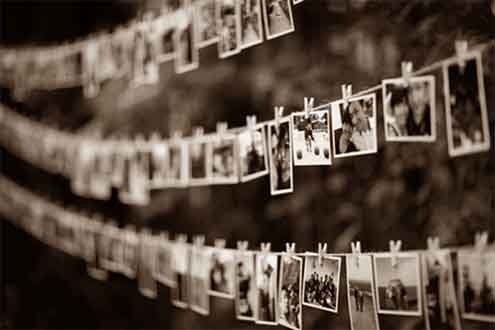 Knowing about hurtful experiences in the past doesn't mean having to relive them.
M

any schools of therapy focus on the “here and now,” which can seem logical enough since most people go to a therapist to deal with immediate and pressing problems. But there’s a more powerful underlying question about present and past: namely, can we really detach one from the other? This is a question that leads down many paths, so allow me to meander.

I’ve mentioned the story of my desk before in this space, but I want to return to it now.

My so-called “new” desk is actually an ancient wooden teacher’s desk that I managed to intercept before it was tossed from the office where I work (for some horrific but not entirely surprising reason people prefer white Formica tops). I hired a guy and his van to bring it home. The desk had an array of drawers and wormholes and badly needed refinishing. But I’m getting ahead of myself.

First of all, it took me a long time to clean out my old desk since the archaeologist in me approached the task in the spirit of dig in ancient Troy or Ur. I delighted in the many layers I uncovered, dating back to letters from 1976 and the 1980 version of Tutta Citta, the map booklet of Rome that for years came with the annual Yellow Pages.

These objects can have the physical effect of time travel. Looking at the map brought back memories of Rome’s outskirts when they were still populated mostly by sheep. Now, they’re mostly masses of apartment complexes lacking in character. I remembered the names of streets that seemed so fascinating to me when I first got here —Via della Bufalotta, Via di Grotta Perfetta, Via dell’Acqua Bullicante. I also remembered my younger self as it poured over the maps, eager to know my new city. An object, in this case a booklet of maps, transported me back to the emotion of long-gone days.

A psychologist isn’t just someone who tries to interpret the mind. A psychologist is also a historian and an archeologist who tried to make sense of the present by looking at the past and identifying its reflections in the present.

A life is like a like a novel we’re writing as we go along. We turn the page and write on the next one, and then on the next. But what we wrote on the very first page still remains, whether we choose to look back at it or not. More importantly perhaps, what we wrote on earlier pages helps determine how the story has gone so far.

But we’re not the only ones to write our lives. The people we grew up with wrote its beginnings. It’s like a game in which someone pens the first sentence of a story and the next person adds to it, and then another. Our story is written collectively.

What we can’t do is go back and change what was put down in those first pages. If we’re going to write a credible story, those early scrawls endure and can’t be changed.

We may move through time, or it may move through us, but even at a neurological level, every event we experience continues to exist simultaneously, and emotional memory is always vivid and present, easy to trigger, sometimes becoming especially visible like the writing in a notebook that’s gotten wet and bled through, so that the “then” is suddenly part of the “now”.

Maybe therapy works by helping the past contained in the present to exist in a new way. Maybe the presence of an empathic witness provides past traumas — experienced alone, in deepest solitude — with an escape hatch.

In another sense, therapy brings the present (the person who has now been understood and witnessed) into the past as well. This same person can go back into his own past and become an empathic witness to his own lonely childhood self and help soothe it.

Those able to do this are usually left with a richer and deeper access to their resources and creativity. They can play. They can be at times childlike in their wonder, at others a strong and independent protector.

Most come to therapy not knowing anyone would want to protect or defend them. So they complain and relive past bad experiences over and over. They often push people away for fear of rejection. But if a witness intercedes to make sense of the whole story, they can sometimes discover that to know these experiences doesn’t mean having to relive them.