The Woman Who Waited 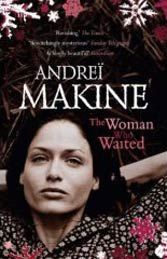 By Andreï Makine, translated from the French by Geoffrey Strachan

Paris-resident Makine sets his wispy novel in a tiny town near the Russian Baltic where the young narrator (26) migrates from Leningrad to conduct anthropological studies into regional rites and rituals. It’s the 1970s and failed Stalinism has “left behind an immense solitude.”

In Mirnoe, he meets 46-year-old Vera, who’s ostensibly been chaste for 31 years while awaiting the return of her wartime lover (they met when she was 16). The narrator, who falls for Vera, suffuses her endurance with gravitas and probes it like an insect until the waiting itself becomes a rather-too-obvious metaphor for personal sacrifice and Soviet stasis — “this afterlife that is not the life the rest of us lead.” Vera incarnates some imagined Aphrodite-apparatchik of Makine’s Siberian youth, a schoolteacher Soviet who’s at all times (and at the same time) siren, matron, and saint. “Life, the real thing, the perpetual mixture of genres,” rues the narrator.

Try as he does, he can’t decide whether he’s describing the Soviet whiteout or meditating on an idealized love affair preserved in arctic amber. The struggle is part of the novel’s sentimental affect, but it’s too short-lived, like a poignant daguerreotype Makine flashes and then conceals. Strachan’s unsettled translation of Makine’s ethereal prose is mechanical, favoring no one.