The wolf and the lamb 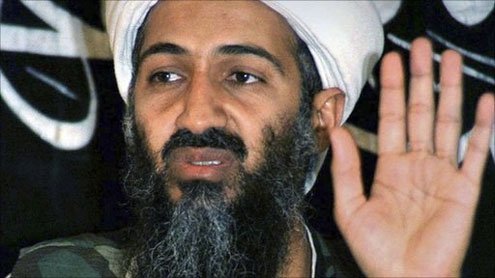 ive a manhunt long enough and the hunt meets the man, with almost inevitable consequences. A time for American celebration? Perhaps. Public raving is a rite of national virility. Young nations have an exhibitionist streak. No surprise there.

More interesting is the alignment of Bin Laden’s death in terms of his original aims, tied at the hip to the spirit of revolt sweeping the Arab world. Bin Laden’s cornerstone gripe was with the Saudi monarchy, which he denounced as corrupt, venal, disenfranchising. This was the substance of the rage that defined his London exile in the early and mid-1990s.

A second part, which followed as a consequence of the first, was to demand the pullout of U.S. ground troops stationed in the country, which includes the Muslim holy cities of Mecca and Medina. He put the second crusade ahead of the first when it became clear that denting the Saudi monarchy without taking on the United States would be impossible, since they existed in oil trade symbiosis.

In many respects, his early jihadist urgings sounded little different from the secular hectoring in Tahrir Square

“People are struggling even with the basics of everyday life,” he wrote in 1995. “We need to study the appropriate paths to take in order to restore things to a good order, and to restore the people their rights after considerable damage and harm inflicted on their life and religion.”

Unable to dislodge Western-backed secular tyrants and replace them with Islamic rulers, his he chose instead to turn his attention to rattling the United States, hoping to induce the kind of chain reaction that is at the core of most means-to-an-end terrorist movements. The idea was to produce spectacular events (Sept. 11) to then generate equal and opposite rip-tides (the invasions of Afghanistan and Iraq), hoping that the aggressive response of (Christian) outsiders would galvanize an oppressed (Muslim) public into adopting a revolutionary mood. The model is contingent on ignorance, is highly manipulative, and rarely works.

Bin Laden and his cabal were able to pull off a nefarious Barnum & Bailey spectacular, the felling two symbolic skyscrapers, but was helpless to parry the predicted U.S. response into either a regional jihad let alone a widespread and flourishing popular movement. Despite media hysteria, his post-9/11 gains were finally modest, his negotiating positioned weakened, and his argument against secular dictators eroded by opportunistic bullies who strengthened their power base by playing to wounded American pride and pledging or re-pledging to the United States — Libya’s Moammar Qaddafi first in line.

In truth, everything about the Bin Laden story, his death completing the cycle, speaks to failure, by his own legions and those he sought to goad. The Islamic alternative lost rather than gained traction as a result of emphasis of is big events factory, including bombs in London and Madrid. The United States took the bait but failed to assert itself comprehensively in either Iraq or Afghanistan. That Bin Laden was camped out near the Pakistani capital of Islamabad says what’s necessary about that country’s ambiguous preferences.

“Real-time” revolts needed no Islamic lightening rod to conduct them. Rising food prices and widespread unemployment produced an uprising in Tunisia, which led to one in Egypt, jarring loose the long-frozen Arab door from Syria to the Gulf States. Al-Qaeda, which Bin Laden imagined as prong and poker, a holy annoyance that would lead to insurrection and overhaul, proved irrelevant. Just as the heavy-handed American presence in Iraq and Afghanistan has done little to push those fractured nations toward a culture of peaceful egalitarianism. Though labeled for the Western record as pseudo-democratic states, they remain in centuries-old muck without an identifiable future. The Taliban, never much liking or needing Bin Laden (despite their media-produced marriage), remains patiently at the Afghan ready.

As for the status quo in Saudi Arabia, Bin Laden’s source material, his terrorist policies proved abjectly incapable of unsettling its legitimacy, let alone endangering its hold on power. Moreover, the Saudi monarchy has remained untouched by the “Arab Spring,” thanks in part to the passivity of its middle class citizenry — the most affluent in the region — and the doggedness of its security systems. Also thanks ironically to Steve Jobs, Facebook, and the development of a fantastic array of distracting toys that diluted the focus of the 21st-century generation on which Bin Laden had pinned the future of his movement (“…If we’re really honest,” he wrote in 1998, “… between the ages of 15 to 25 is when people are able to wage jihad…”) Some youth responded, others were coerced, but it was never enough.

After 9/11, Bin Laden was dead in every way but a literal one, his movement and its spasms limited, isolated, and finally exposed as secondary to spontaneous uprising, which is always more effective and sincere than terrorism. But America, more than most nations, is literalist in all things, both a strength and a shortcoming. A most wanted listed is incomplete without the capture or the killing of the person atop the list, dead or alive. It’s a cultural and psychological merry-go-round that helps give meaning to the list-makers and their denizens. They work hard to then celebrate hard, mission accomplished. It’s a democratic right to revel in the success of vengeance.

This at least Bin Laden understood. What troubled him was how 9/11 failed to drive home the details of his objectives, simplifying them into holy war alone. He rued those who saw the attacks “in isolation,” who “failed to connect it to previous events or to the reasons behind it.”

The connective failure endured to his death, in part because the U.S. successfully overlapped a campaign against a secular dictator, Saddam Hussein, with a war against Islamic radicals, muddying history and and directing attention away from the roots of resentment. Understanding was advertised as a form of unnecessary intellectualism in a time of war. That has not changed.

As a religious ideologue, Bin Laden reaped few rewards from the way he sent his message. He celebrated “sticking to his principles” — a line he repeated often over the years — but the underlying focus of his fight, the corruptness of Middle Eastern regimes in cahoots with Western ones, fell from the radar for years, replaced by rhetoric and wars.

Even his own terrorist choice ultimately proved a liability, since angry Americans viewed him as a barbarian, not a political advocate. He rued this vision of himself circuitously, in the rural, even feudal way that suits his immediate legacy:

“These people [Americans] remind me of the wolf who, seeing the lamb, said to it: ‘You were the one who polluted my water last year.’ The lamb replied: ‘It wasn’t me,’ but the wolf insisted: ‘Yes it was.’ The lamb said: ‘I was only born this year.’ The wolf replied: ‘Then it was your mother who polluted my water,’ and he ate the lamb. When the poor ewe saw her son being torn by the wolf’s teeth, her maternal feelings drove her to give the wolf a hard head butt. The wolf cried out: ‘Look at this terrorism!’ And all the parrots repeated what he said, saying: ‘Yes, we condemn the ewe’s butting of the wolf” But what do you think about the wolf eating the ewe’s lamb?”

Though perpetually seeking lamb’s clothing, Bin Laden found himself cast as the wolf of his own folklore, leaving no moral but the hunt and the catch.