“The will of the commander…” 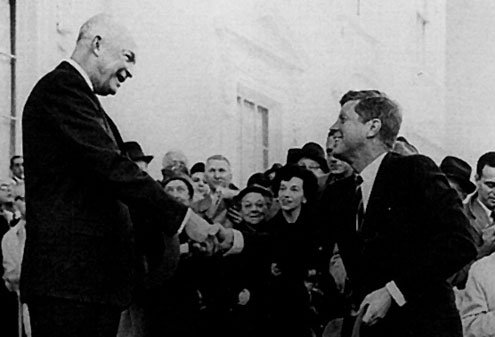 hivalrous rhetoric is in short supply in journalism. Irony and sarcasm are the spices of choice. Both seem more in tune with the sulfuric banter common to social media, which milks partisan disagreements for fuel. Troubled by falling circulation, many daily newspapers are eager to imitate if not emulate this snarling tone in both news and opinion, hoping to pique reader emotionalism.

What little rhetoric remains is concentrated in columns and editorials, though much of it also tends toward the indignant, if not the enraged, in tune with the discordant positions stakes out by cable news networks to woo partisan viewers — CNN, for example, now tilts openly toward American liberalism, while Fox News has long reflected a stubbornly aggressive form of conservative thinking.

The elegant polemics once built into such mainstream programs as “Meet the Press” have surrendered to ruder exchanges (often, as with Jon Stewart, couched in satire) similar in tone to sports fandom, a tone both mainstream and alternative news and online outlets use as a benchmark for their own decibel level. Trading floor ethics, transferred to communications, sees chivalrous rhetoric as wastefully formal, and pointless. The carefully argued essays once presented by TV commentators Eric Sevareid (CBS, conservative) and David Brinkley (NBC, liberal) would now seem stodgy, elitist, if not insufficiently mean. Men like Sevareid and Brinkley had endured the 1950s anti-Communist hysteria of demagogue Joe McCarthy and were determined to qualify, and thus dignify, their public criticisms.

The first two decades of the 21st-century have gradually reacquired a McCarthy dimension, at least in their finger pointing. As a result, disrespectfulness is equated with candor, leaving little room for even occasional forays into the elegiac.

What was the elegiac like? The Washington Post provided a deft glimpse in a 1957 editorial about ailing Republican President Dwight Eisenhower, then beginning his second term. The chain-smoking Eisenhower had suffered a major heart attack in 1956, but reluctantly decided to run again, against defeating liberal Democrat Adlai Stevenson in a landslide. But in November 1957, Eisenhower suffered a ventricular aneurism during a cabinet meeting and was left briefly unable to speak or move his right hand. Speculation grew that he might step aside in favor of Vice President Richard Nixon. It was in that period that the Post published its editorial “Waiting on the Shore,” a period piece example of high rhetoric out of partisanship’s way. Its writers used Eisenhower’s role as Allied military commander before the Normandy landings as a rhetorical device. It is how they did so, however, sinuously merging meteorology with medicine, that reflects the virtues of a forgotten art.

Waiting on the Shore

Once before, the General hesitated on the shore and listened to the incantations of the “doctors.” They were weather men, then. And like the magicians of old who found their predications in the viscera of fowls and gave counsel to kings, they read their omens in meteorological intelligence hardly more decipherable.

He could not see across the channel, then, but he could only imagine how it might be on the other side. And at last, he gave the word, and a mighty host rode out to fame and fortune.

This time, it is not the weathermen but the physicians who murmur to him omens auspicious and inauspicious. Now, as then, the essential element in the situation is the will of the commander. And now, as then, the conspicuous qualities of the man who waits upon the shore are his gallant courage and quiet faith.

As he muses on that long past day, he must be struck by the common elements of drama, and the extent to which each of us, in this age, must wait upon the verdict and counsel of some set of experts.

He went forth then with the hopes of all his countrymen and those millions of citizens of allied lands riding with him on his crossing. And whenever the winds and tides are right for the Old Soldier’s last crossing, the love of his countrymen will again light his way upon dark waters. His fellow Americans may hope that this time the wise men will stop his leave-taking, but they can be sure that now as then, the General is ready and unafraid.

The ailing Eisenhower recovered sufficiently to serve out his second term, which ended in 1961 at age 70. He was followed by John F. Kennedy, the youngest president in American history, who took office at age 43.