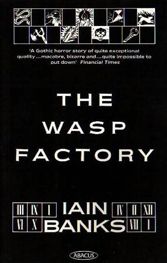 Banks’ first novel is a homicidal Freudian ritual — vicious, funny, and maniacal, with a truly nasty kicker. Labeled repulsive by much of the mainstream British press when released, it extends a Gothic palm to the test of time.