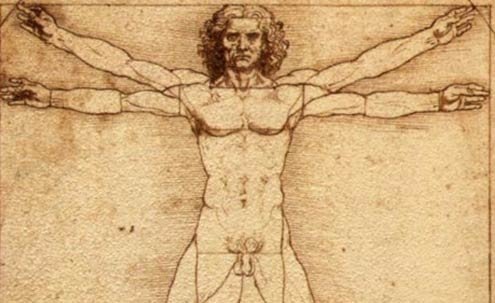 he wheels of her trolley ground hard on the pavement outside the airport terminal. When it teetered she gave up and dragged it.

He stood, legs and arms splayed wide. A Vitruvian man in orange shorts with smile wider than himself.

“I had to see you again!” His eyes twinkled with every word.

After a few awkward shuffles, they settled side-by-side on the curb and he wrapped her in his arms, clutching the tops of her knees in one hand. She let her head fall just below his shoulder and blinked away the last tear of the morning.

“I can’t believe you came!”

For the first time in years, Antonia and two of her best friends had managed to align their vacation days. Planning commenced on two sides of the Atlantic. By the time August arrived, they were booked at a beach house in southern Italy for one week of sea, sun and spaghetti allo scoglio. Antonia had recently started a new job in New York City, and she couldn’t wait for time to stand still.

Her flight arrived mid-morning. Her friends Cristiana and Lucia rolled up in their old Fiat Panda and together they drove the seven hours to Brindisi, Puglia. So glad were they to be together, that they barely noticed the freeway standstill. They had music and each other. Antonia hugged herself in the backseat and shut her eyes, only to open them and rejoice that all of this was actually happening. She could feel the Italian language feel natural again. Her whole body exhaled.

During a particularly traffic-choked stretch south of Naples, Lucia turned around from her passenger side sear.

“Hey Toni? There is one little thing we forgot to mention.”

“We booked a venue next Saturday. It’s just an afternoon thing.”

The three of them had met in belly-dancing class. After Antonia left for America, Cristiana and Lucia had gone on to form a small company. They performed in public, inching toward credibility and a teaching certificate. But they also loved putting on a show. They labored over the costumes and precisely tailored each program. Together, they were talent and joy.

Antonia was happy to sacrifice a few sun tanning hours to cheer them on.

“Actually,” Lucia began, “We were hoping you could improvise something. We have a three-minute costume change before the tambourine segment. What do you say?”

Antonia held back her excitement for all of 10 seconds. “I’d love it!” She was flattered not only by their belief in her ability, but that they’d be dancing together like old times. She rolled down the window and gulped in the thick August air. It smelled of dried pine needles and salt. The ecstasy came in waves and caught in her throat. She made a vow to trap it somewhere in her memory.

That’s how, on the day before her departure, Antonia came face-to-face with a golden-haired boy, many years her minor, who smiled at her from outside the door of their makeshift dressing room at local beach club. Dressed up in two bras, a borrowed red skirt, and tribal belts, she was applying a bindi to her forehead when he knocked.

Was she ready? Five minutes to go!

She stuck out her face through the beaded curtain and found his, grinning and full of light.

There it was, a flash of instant and honest attraction. In Italy, emotion comes as naturally as breathing. In New York, it’s a rushed and regimented luxury.

When the first percussion blasted through the stereo he put a hand on her lower back and winked.

She whirled onto the improvised stage. For three minutes she shimmied and shook her hips, whipped her hair and flung her wrists toward the sky with abandon. When she returned to the dressing room he was waiting with a complimentary cocktail. He asked for her number.

The next day she awoke to the heavy feeling of goodbyes. Her local flight connection was on time. She never hated airplanes more. She climbed into the backseat and felt forlorn. Lucia and Cristiana would take her to the airport, and she would cry the entire time.

Until, at the airport, her phone vibrated. It was him.

Incredulous, her tears dried up.