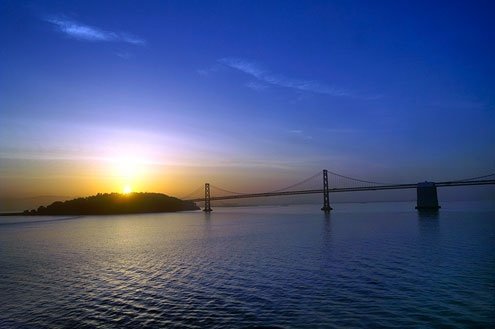 Abbey and I worked together at a restaurant on the East Bay of San Francisco.
&

#8220;Sean and I weren’t having sex anymore. So when he proposed, I declined. It was downhill from there.”

I was replying to a Facebook message. Abbey, a friend from 20 years ago had reached into her past, and found me.

“Write to me about you!” She wrote on my wall. “I want the story, the whole story and nothing but the story. Whatever happened to you and Sean?”

I met Abbey when we were both in our early 20s. I had just moved to northern California from Ohio. She was cultured and well-read. She attended UC Berkley, wore her auburn hair in an easy bob and knew how to speak her mind. Others called her bossy. I admired her.

“I never thought Sean was right for you,” she posted on my wall. “I’m not surprised it didn’t work out.”

Abbey and I worked together at a restaurant on the East Bay of San Francisco. In the middle of sunny California, “The Velvet Turtle” was a dark windowless cavern with high-backed booths and carpeted walls.

She and I became friends working banquets in large rooms decorated with botanical prints and silk flowers. In the main dining room they served prime rib and rack of lamb. Caesars were tossed tableside. In banquets, it was beef brochettes and their own chicken “Marcella.” For salads we threw the romaine in a huge bowl, poured on the dressing and mixed it with our hands.

“Don’t get me wrong. I liked Sean,” she posted. “It just didn’t seem like it would last. He wasn’t enough for you.”

Sean was from south Florida, “Gator Country.” He was shorter than me by a good five inches and permanently tan. He had a boyish Peter Pan charm and a big smile. It never occurred to me he liked me until he wouldn’t leave one of my parties. He just lay on the floor feigning sleep. Somehow after that he was always around.

“Are you and Benoit still together?” I posted back to Abby.

While Sean was becoming furniture at my apartment, Abbey met Benoit, a blue-eyed, athletic Frenchman. He and Abbey hit it off when marriage for those of us at The Velvet Turtle seemed a social contagion and we yearned for the “happily ever after.” It sounded very romantic that she might marry Benoit and move to France, which is exactly what happened.

“Yes, we’re still married and living in France,” she posted. “We left the U.S. in 1987 and had three kids in five years. We’ve had another since. We mostly lived in the Paris area. Did you stay in San Francisco?”

I looked on Abbey’s Facebook page for photos and found a couple; one at their home posing together in the living room and another in the Jardin des Tuileries. She looked great, athletic and toned. She was smiling with Benoit and her children, now young adults. They were vital and gorgeous.

“No, Sean and I left California for Seattle shortly after you left,” I wrote. “We bought a house and later a property with a view of Mount Rainer. We were together for five years. You’d think I’d have decided whether or not to marry him before all of that…. but when you’re young, that’s the stuff you do.”

Reliving so much old history was like wearing the clothes of my younger self. It was uncomfortable and didn’t seem to relate to who I’d become.

“A lot has happened in between then and now,” I posted, intentionally brushing over years of details. “In a nutshell, I’m still single. I’ve been in New York for nine years. The city has great airports and I love to travel. In the end, I find I love my freedom most.”

I thought I summed myself up well.

Her reply was surprising and made me laugh.

“Madeline, you haven’t changed. You were always a free spirit. Convention never suited you. I’m glad you’re still the person I remember.”

So many years after The Velvet Turtle, when we poured on the dressing and mixed it with our hands.