The Uses of Enchantment 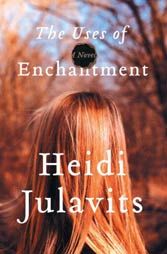 American novels increasingly contain acknowledgments, mostly as disclaiming shields against plagiarism. In this one, Julavits thanks therapists “whose priceless inspiration was purchased at great hourly cost.” No doubt true. Cast as prayer, her story might begin. “Your shrink is your captor, you shall not want…”

Mary Veal, a middle child, returns to her Salem, Massachusetts home after the death of her mother. Mary and “Mum” were never close, estranged by an incident that occurred when Mary was a 16-year-old high school student and vanished for a month. Was she kidnapped and raped? Did she make up the abduction in a bid for maternal love? Is Mary an incipient witch or a troubled adolescent, or both?

Julavits weaves between 1985, the time of the incident, and 1999, using “possible” encounters between Mary and her “kidnapper” and real ones with her therapist Doctor E. Karl Hammer to challenge abuse to a duel with psychobabble. While Julavits’ novel is technically adroit and intriguingly peels layers off repressed New England Eros, her Mary is an adjunct of the therapists she muses about. “Girls lives don’t have points,” Mary tells herself. So what, then, is the point of Mary? Self-diminishing intended to nourish a novel about the “ownership” of identity and memory instead sabotages the narrator, who does little more than inhabit “her imagination’s crafty geography.” It’s not enough.

Julavits’ portrayal of men is also atypically shallow. They facilitate her storytelling but never exhale. Self-absorbed to perfection, but, à quoi bon? The title is “borrowed” from Bruno Bettelheim’s 1976 exploration of fairy tales.