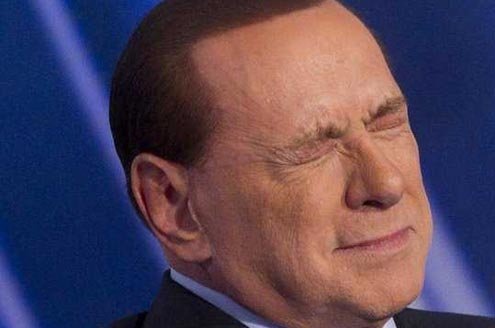 hen I tell my fellow university students I’m Italian, I almost always get two questions: “Can you teach me how to cook pasta properly?” and “How come you Italians still vote for Berlusconi?”

I’ll try to answer the second question here, though it’s far from easy. Explaining Italian politics to non-Italians is like explaining how not to overcook pasta. If you’re not Italian, you’ll never fully get how it works. But I can try to give you some basics. The results of recent Italian national elections can be summarized in four key points:

In essence, this means the only feasible government would be one that includes Bersani and Berlusconi shaking hands, which the former has said he’ll never do. Grillo says he wants nothing to do with either. Much of the chaos is the result of a 2005 Berlusconi-era electoral law that rewards the party that does best in the lower house (in this case the PD), but makes upper house apportionment far more complex, creating the conditions for the kind of stalemate that exists now.

Former Reform Minister Roberto Calderoli, the Northern League official who helped draft the 2005 law, soon saw it as an awful compromise that he eventually labeled a una porcata, basically pig feed. It has since become known as the Porcellum Law, and despite calls to change it the present stalemate suggests the next election results will also endure its terms.

The Grillo phenomenon: Five years ago Grillo was a foul-mouthed comedian. He hasn’t changed. He’s merely moved from one stage, theaters and public rallies, to another, the political arena.

Massive abstention: A quarter of didn’t vote and 25 percent who did chose a protest movement whose popularity was based in large measure by heaping abuse on the rest of political field, using uncommonly abusive language in the process (something that continues a month after the vote).

Berlusconi’s return: All thought it was impossible, particularly in light of ongoing trials, previous and new convictions, sex scandals, and his embarrassing 2010 resignation. It was simply too much for any politician to withstand — that, at least, was the going (media) view. Even his supporters would surely understand that his almost uninterrupted 18-year-long political presence had ruined Italy’s economic and social apparatus. They’d turn their backs on him, as would his party. That wasn’t the case. He’s back, and remains in the mix despite a new wave of legal woes.

Personal appeal: Supporters still see Berlusconi as “one of us.” He combines humor and political clout, financial success and women’s man appeal. He also embodies the ideal of shrewd younger entrepreneurs who managed to dupe the state and achieve personal ends. When it comes to his legal woes, he plays the persecution card, suggesting Italy’s legal system is in the hands of the left.

The Church: Berlusconi knows how to win support from the Roman Catholic Church, whether active or tacit, particularly in the more rural Italian south. His womanizing and corruption is irrelevant if he works to help pass legislation favored by the Vatican. The rest is ultimately secondary.

The chameleon: Berlusconi is a man for all seasons. He can play humble worker, young aspirant, successful entrepreneur, party animal, and so on. He switches from one role to another with impressive ease.

Harem-master: Berlusconi gets women. And while many Italians might say they consider how he does so to be morally reprehensible, deep inside some envy his success. He in turn suggests all can be like him, red-blooded (and should be).

No alternatives: Since the late 1990s, the Italian left has had few credible political leaders. The serious ones, former Prime Minister Romano Prodi and now Bersani, lack charisma. The most recent serious and charismatic one — Florence Mayor Matteo Renzi— didn’t make it past the primary stage. Others, Francesco Rutelli (2001) and Walter Veltroni (2008), headed fragmented coaltions that were too fragile to overcome Berlusconi’s monolithic and cohesive party.

Does all this explain Berlusconi’s seemingly immoveable political presence? My brain says yes but my gut can’t swallow it. Pasta seems a better option. So maybe it’s time to go back to the first question, “Do you want to know my pasta secrets?”

— The author is an Italian student studying law and anthropology at University College Utrecht in the Netherlands.