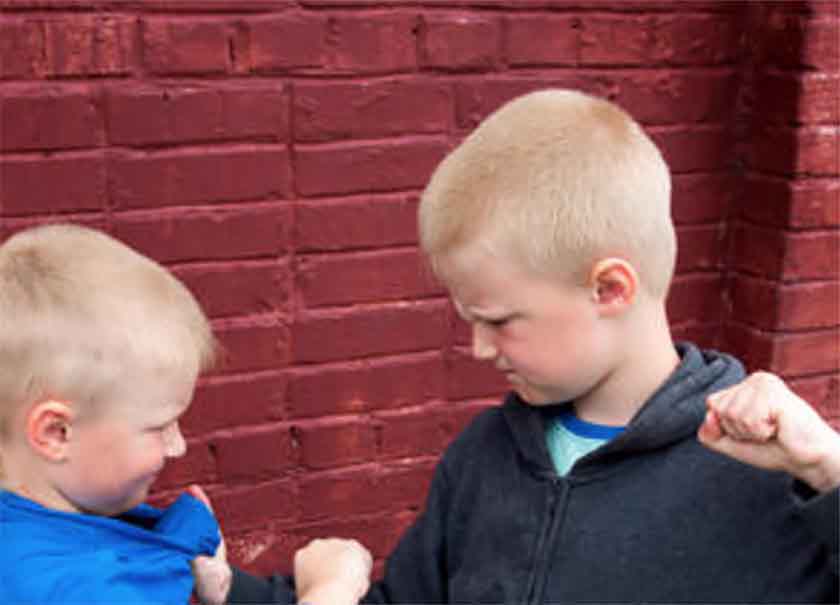 Think mature, adult leaders are either mature or adult? Not when they start fighting...
A

bully with outsized delusions of long-gone glory invades his now independent but one-time fiefdom to the south because it is showing strong signs of pledging complete allegiance to his sworn enemies, this while his enemies, a confederacy of dunces, cut him off and call him names, running like shuttlecocks to the nation on the bully’s borders to express sympathy with the invaded land and show off their righteous indignation in a near caricatured display of good versus evil — this, then, is the way the world ends, not with a bang but a whimper borrowed from the playgrounds of childhood.

Rarely has a war elicited such extremes of emotional infantilism and adult irrationality than the one now raging — and it is hardly doing that — in Ukraine, once a Soviet province, long a thorn in the Russian elite’s side, even under communism.

This now has the requisite celebrity component with all those who are good siding with the anti-bully, tweeting their loathing, and those on his side calling the maneuver an “de-Nazification” effort, a reference to a long-ago war in which the Nazis betrayed the Soviet Union, invading it and producing what Stalin called “the great patriotic war.” In fact, the only Nazis here are the nations allied to NATO, the communist era North Atlantic Treaty organization whose members mostly lack their own military, expecting the United States to intervene and protect them against the Russian rogues. Amusing, then, that this is the same NATO Donald Trump threatened to disband during his madcap presidency, thus winning praise from the relieved bully. Who knows if this child’s spat would even be in motion had Trump, friend of Russia’s Vladimir Putin, not been voted out in a liberal frenzy. He at least would have very likely met his rival and tried to talk him down before the bullying began in earnest.

Actor Sean Penn has declared the Oscars should not be held until Ukraine is free, as if that Hollywood ceremony had a built in code of values.

That’s all moot now because, back to the essential celebrity angle, actor Sean Penn has declared the Oscars should not be held until Ukraine is free, as if that Hollywood ceremony had a built in code of values.

Is this to trivialize a serious matter? Not in the least. Only to point out that both bully and good guys are acting like buffoons, vying for daily media exposure, since to embrace Ukraine is the trend to end all trends, now that COVID has abated.

The Mr. President of the United States, Joe Biden, runs to Poland for a pizza with troops, very much reinvigorated by the Cold War going on. Eighty is the new thirty. Britain’s Boris Johnson does the same, his Russia-loathing at a fever pitch. France’s Emanuel Macron, the younger gun (also running for re-election in a few months) has added his passionate invective to the mix, so that by now Russia is literally sealed off from the Western world, a political example of mobbing. In fairness, Macron has a right to fume: he was the last man to see Putin in person and the bully promised him he’d refrain from baring his brass knuckles. In a political rarity, he lied.

Then there’s the meek and put-upon victim in this playground scenario, which has known for years it was playing with fire by first deposing a president friendly to Putin and more recently electing one whose central platform hinged on NATO membership. He made these promises hoping to elicit support from the West and paying no mind to the bully’s seething, and no mind also to the reality that two of his easternmost provinces had already said they no longer wished to belong to Ukraine. Children and politicians can be deaf to that which they do not want to hear.

This sequence of events led the bully to decide he’d “de-Nazify” his truant ex-province no matter what the world thought, and in actually doing this has committed an act of near suicidal proportions when it comes to his country and its now demoralized citizenry, trapped between a militant president and a Russia-hating West. Some have fled. Others simply sit there in disbelief waiting for all this to go away, but it will not. Kids can fight for years, turning their small quarrels into gang associations and open warfare. Welcome to the new hood.

It seeks instead to asphyxiate Russia while American presidents snack on pizza in Poland, a stone’s throw from the core of Mother Russia.

This couldn’t be more of a testosterone boost for Biden, perceived as a long-time loser who slipped into the presidency because Trump, the American bully, ran afoul of too many. A lover of Ukraine, he has parried the invasion into a knockoff of the George Floyd murder, making it a call to action for the noble and a necessary rite of passage for all good Americans, wedding to the fight against evil given an overload of voltage by histrionic emotionalism oblivious to the world’s shades of gray, in which diplomacy thrives and occasionally succeeds. Here it has been discarded entirely because bullies don’t deserve it and indignation is infinitely more satisfying, at least immediately so, than backroom negotiation — now known only as appeasement, yet another example of adults reverting to sixth-grade urges. Jimmy Carter chose not to make war on Iran when it seized dozens of American hostages, working for a year to obtain their release. The result of his patience was catcalls and the loss of the presidency,

America and Europe, if they chose, could send envoy after envoy to the villain until he found one he might spare some time for, which might begin to repair the damage done. The West has seen no need for this. It seeks instead to asphyxiate Russia while American presidents snack on pizza in Poland, a stone’s throw from the core of Mother Russia.

Soon, the villain’s once-flourishing middle class will have nothing left, and the dunces hope this will trigger backlash not even the villain can stem. They will then free Ukraine and perhaps move the whole of the Russian playground to their side, allowing Mr. Penn to applaud and get on with the Oscars, each actor give a hug from mom and some apple pie.

But don’t hold your breath. Ironically, in these times of forced diversity and imposed inclusion, the deepest of all tendencies remains exclusion, and though you can say the bad guys started it, that changes nothing. The sides in this dispute are adult children with maturity nowhere in sight.