The tyranny of choice 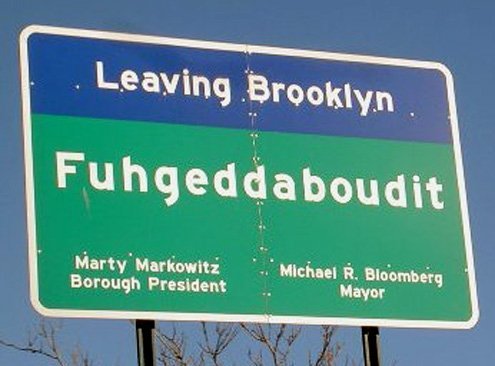 Should I stay or should I go?
I

spent yesterday afternoon in the courtyard of my Brooklyn apartment complex trawling through my vacation pictures and wishing I was still in the Southwest.

Just days ago I was surrounded by grand cliffs and towering trees. Now it’s New York skyscrapers and concrete. Sweet songbirds and secret waterfalls have yielded to the screech of subway trains.

Why do I live here? I sighed. Surely this isn’t the way.

At that moment my neighbor Serge appeared carrying out his trash. Serge and his wife live with their two kids in an apartment my size, just over 900 square feet. I often see his boys burning off energy running in the courtyard.

“Just taking out the trash before leaving on vacation. We’re heading up to Maine for a month.”

It sounded good to me.

“Yeah, Rebecca would like to move up there. It’s getting a bit tight in the apartment with the kids and they’re only getting bigger.”

I mentioned his energetic boys.

Then he frowned. “I can’t say that with the kids I do that anymore, but I like that I can.” He kicked at the concrete.

“Maybe we’ll move to Vermont, or Portland, Maine. It’d be nice to put my hiking boots on everyday — but gosh I’d miss New York.” He shook his head. “What can I say? It’s the tyranny of choice.”

He paused. “Hey, I gotta go, Rebecca’s waiting for me in the car.”

Back with my vacation photos I pondered Serge’s remarks. Perhaps Maine or Vermont could work? They’re not so far from the city. But if I was going to move what about Wyoming? Then again, how would I make a living?

As I considered geography, another neighbor walked out. This was Katie, just married and eight months pregnant with her first child. She waddled out with a basket of laundry.

How was she, I asked.

“I’m Ok. I didn’t sleep well last night. I just can’t stand the noise.” She dropped her basket and took a deep breath.

I thought I knew what she meant: Traffic and sirens.

“Nah, I can handle that. It’s the neighbors right outside our window. They hang out on the stoop late at night beating the heat. They talk so loud and their kids run up and down the block screaming. They’re out until 2 a.m. some nights.”

“My husband wants to move to the suburbs. Can you imagine? Gosh, I swore I’d never do that. And get this, of all places he likes is Long Island where I grew up. But it’s too quiet out there.

“At this rate I’ll end up living down the street from my parents. We have to do something with the baby coming, but we can’t decide. I’m really torn. It’d be a shame to leave Brooklyn.”

I thought for a moment. “We’d like the best of all worlds,” I said.

“Yeah, I guess…” she said and picked up her basket. “Right now I got to get this kid out,” and with that she waddled to the laundry room.

It then hit me. With a country so big and freedom of choice as it the ethos, there will always be a place that seems better than wherever we are.

I closed my photo library and shut down my computer. I peered between the brick buildings and watched a T-shaped slice of sky, tender blue punctuated with puffs of creamy white. It wasn’t the expansive West, but still beautiful.

I wondered if that bit of blue would always be enough for me — or if, like so many others, I’d always remain a prisoner of the tyranny of choice.