The twilight of private clinics 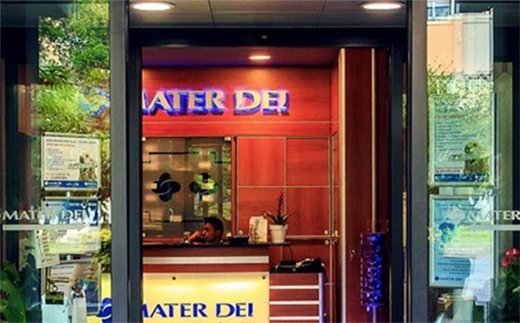 Rome boutique clinics that do their best to seem like luxury hotels are no longer thriving as they once did.
I

taly’s fashion industry and top restaurants belong in the so-called First World, its bureaucracy in what was once labeled the Second World, its garbage collection —at least in Rome —squarely in the Third. In healthcare it’s a mixture of the three. Public care is free to all but slightly shabby, with the sugar-on-top private sector providing luxury to those that can afford it.

A private doc is expected to hear you out, sift through your records, provide a hands-on diagnosis, and prescribe a pageful of remedies. In short, your private physician is there to enhance not just your health but your self-worth. At the office of your National Health Service general practitioner, you might wait in a barren hallway for two hours. In a private waiting room you’ll be leafing through art books in a Le Corbusier chair.

I’ve dabbled in both sides of the system: the underfunded public side while doing research, and the flush private world for seeing patients. I caught on fast that being a leftist wouldn’t save me from the siren call of private medicine’s petty corruptions. When business is slow, economic self-interest can nudge you toward bringing a patient back in two weeks, rather than four, and to do an ECG that in a busier moment you might have skipped. Your schedule is so packed that you can be tempted to start cutting corners. Thoroughness and vigilance suffer, as does attention to detail. And no matter how much you despise yourself for it, you treat Very Important Patients with kid gloves.

Private medicine has always been bigger in chaotic southern Italy. In the north, the public system works.

In the 1980s, the golden days of free spending, people would check into Rome’s private hospitals or “cliniche” for week-long tune-ups. Not any more.

Back in the 1980s, the golden days of free spending, people would check into Rome’s private hospitals or cliniche for week-long tune-ups. Posh wards were packed with healthy, wealthy Romans taking in prods, needle sticks, and x-rays. Italian private medicine began to suffer in the 1990s, when the “Clean Hands” political corruption scandal thinned the supply of dirty money. Since then, the cliniche have struggled to fill beds. Notwithstanding seemingly perennial economic crises, the reality is that much-improved national care, some of it world-class, and European options, have pushed costly private hospitals to the brink of irrelevance. Why pay for private care when you can get treated just as well for free here or elsewhere in the European Union?

Some private hospitals have responded by striking deals with the National Health Service. Public funds are used to cover room and operating suite while the patient pays the surgeon and anesthesiologist. Others — though half-empty — stay afloat by stiffing their medical staff. Some Rome cliniche eager to improve their competitive edge have set aside financial woes and have gone ahead with expensive renovation schemes, making up for cash shortfalls by pocketing the money sent by insurance companies to cover doctors’ fees.

Then again, nearly everybody in Rome scrambles to cobble together a living, though watching the elegant figures parade down city streets you’d never know it. While building up my practice, funding my office rent by doing medical translations, I sometimes waited a year to be paid (my 1987 tax refund came through in 1992). Rome is known for late pay. My musician husband may get his concert fee the same night, a year later, or never. When it comes to steady income, not even a permanent full-time civil service job is a sure thing. A public hospital doc in my office hasn’t been paid for six months. Thank heavens for the long-suffering Italian family, a resilient and surefire backup system guaranteed to ward off starvation.