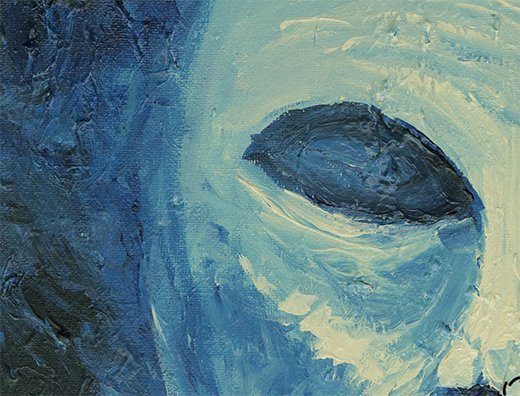 Windows to the soul? Not when they break…
T

here is a temperature display regulated by a button with up and down arrows. Digital. Simple. Beside these basics is a tiny representation of a man who looks like weightlifter. Cute. Press him and the heating and cooling functions are redoubled, like a squat Turk lifting barbells higher at some long-gone Summer Olympics.

The little Turk may have been my favorite imprint on the otherwise dull heating and air conditioning unit I bought a decade ago to buffer my northern-exposure bedroom against Rome’s damp winter winds and its oppressive summer heat waves.

I remember the day the technician installed it, dutifully showing me each function on the remote as if some deity had invented and refined each one. Lui, “He,” was how the technician referred to both unit and remote, as if together they represented a person that commanded deference.

I once had a male friend who, before smartphones, spent much of his adult life telling me (and repeating) that all men needed four things from life without which they couldn’t live: food, sex, at least one television and, perhaps most importantly, remotes. Men, he said, need buttons that beckon and respond, a bit like my Turk.

So what, you say. Why much ado about a symbol?

For the sake, I reply, or try to, of perseverance.

I once had a male friend who, before smartphones, spent much of his adult life telling me (and repeating) that all men needed four things from life without which they couldn’t live: food, sex, at least one television and, perhaps most importantly, remotes.

I have learned to write using only bold-faced script at 72-point font enlarged 500 percent allowing me to read only one word at a time, and even then the words are blurred. I have learned to pour my coffee by placing my mug on a strategic spot, bombing raid-style, on my black kitchen table cloth. These are not problems on the order of Brexit, pancreatic cancer, or the seismic and climatic fate of an unstable planet overflowing with erratic humans. Yet, like individuals, they have a certain minor substance.

Another trait I’ve learned, or had to learn, is how to stay away from books and news reports, because to come face to face with reams of indistinct words is heartbreaking, at least for those who care about them (nor are audio adjuncts a consolation). I have cut out movies, which I now see only in dreams.

On a less negative note, I have learned to sit or lay very still and deliberate, imagine an animal in crosshairs, and mull over each individual action as it’s about to occur — including merely rising from bed — as if a chapter from a sprawling novel in progress.

Tonight, though, went differently than most. For the first time this fall, it was chilly enough to summon the Turk, which I had not done in more than 20 months.

Except that I could not see him.

Again and again I stared wide-eyed at the once-glowing remote, using magnifying glasses and all manner of tapered light. I saw only a blank, no sun or snowflake, no temperature or Turk, as if my cast had chosen to migrate toward the prospect of a better life in the form of a less hindered owner.

Turk Naim Süleymanoğlu seemed like the figure on the remote. He died in 2017 at age 50.

But I dislike those who leave me, a visceral response.

For four hours between 6 p.m. and 10 p.m. I toyed with the remote, man’s best friend, changing its batteries, caressing its plastic, all the while looking for sweet spots in the uncooperative light.

At precisely 9:58 I finally found such a spot.

I saw the snowflake and pressed many buttons until it turned into a sun. But the sweet spot then vanished.

So I began again and 30 minutes later I rediscovered it long enough to see the temperature and, miraculously, the all but hidden on-off switch.

Only when the unit came alive did I forage for the Turk, and perhaps as a reward, he appeared, and the disordered was briefly reordered and in working order.

Resourcefulness is most often associated with those who find their way without a compass or make music without knowing its notes.

Stubbornness, in turn, is routinely pinned on those who refuse to see reason.

Yet sometimes reason, logic with it, gets in the way of resourcefulness by suggesting the time has come to throw in the towel. Maybe, it whispers, there never was a Turk, let alone one who looked like a weightlifter. Maybe you merely made him up. Maybe you shouldn’t torment yourself.

Which is when the Turk salutes, and you, freed from servitude, all at once feel like not even mortal wounds can stop you, and like Christ you make your own get-away.