The trouble with “B” 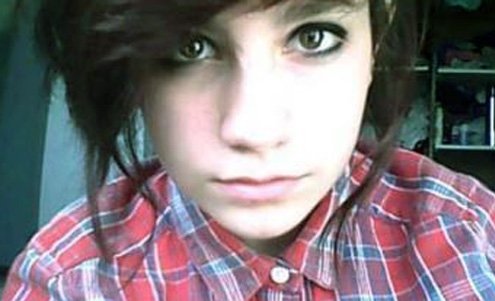 Coming terms with bisexuality can be an estranging process.
&

#8220;A least you gays have a group,” says my friend Nico, who while never using the label is bisexual. “Where am I supposed to go to find other people like me? I don’t have any group or identity or place to go.”

Whether spoken by a Spanish weather reporter in the Grand Canaries or a drunken schoolteacher in a Toronto bar, the bisexual lament is familiar to me. It’s repeated almost word for word whether the language is English, Spanish or Italian.

“Twenty years ago, as a young teenager struggling to come to terms with my bisexuality, I sometimes wondered if I was the only bisexual person in the world,” writes Neil Endicott, author of “How to be a Happy Bisexual: A Guide to Self-Acceptance and Wellbeing.”

Entertainment has changed perceptions. Hit shows such as “House of Cards” and “Orange is the New Black” contain portrayals, “deeply flawed” ones, says Endicott, of bisexual people. Yet this is “progress of a sort,” he adds, since an effort is being made to portray “behaviorally bisexual characters, albeit ones who don’t identify as bi.”

Society increasingly seeks to define and label human behavior by placing everyone into neat little boxes. But mislabeling is rampant when it comes to sexuality. Socially and politically only two main categories exist: Team Hetero and Team Homo, a breakdown that ironically runs counter to biological reality. According to sexual research, most people fall somewhere along a vast continuum between heterosexuality and homosexuality, with almost no one entirely heterosexual or homosexual. Sexuality may actually migrate in one direction or another depending on life situations and circumstances, further complicating the equation.

For example, men in prison may exhibit exclusively homosexual behavior while in jail but revert to exclusively heterosexual conduct upon their release. This strongly suggests that we’re all to various degrees bisexual.

Most bisexuals I’ve known live in the hidden folds of the heterosexual world — unless, that is, they occupy a niche in which bisexuality is seen as cool or trendy (take the late David Bowie in his Ziggy Stardust persona). Openly declaring themselves as bisexual would probably provoke strongly negative social sanctions, especially among their more homophobic mates. As a result, bisexuals are essentially trapped in their own closet. When among gay people, bisexuals often just pose as gay.

Politically speaking, bisexuals are the “B” in the LGBT family, though they’re often regarded as the black sheep. Lesbians, gays and transgenders — the other family letters — sometimes resent or envy bisexuals for their ability to enjoy the benefits and pleasures of both worlds. “Stigma and negative beliefs about bisexuals remain common, even within the LGBT community,” says Endicott.

During my club years in Toronto, I was often warned away from bisexuals. I’m certainly not the only gay guy to have met and fallen in love with a bisexual only to discover he was engaged to a women and I was his dirty little secret.

The same is true for lesbians, who face the possibility of a bisexual partner suddenly deciding to invest in a less problematic and more socially affirmed husband-wife relationship, a not uncommon move among bisexual women.

Many gay people often declare themselves as bisexual for a limited period — a kind of intermediate step — before being able to fully accept they are gay. Some are accused of being in denial or resented for their insincerity. In Italy, if all “good” husbands (married with children) stayed home, gay discos, clubs and saunas would be half empty.

Endicott cites a poll that suggests 49 percent of British 18-24 year olds are sexually attracted to both men and women. A similar poll in the United States found 31 percent of Americans under age 30 were also bisexual in their attractions.

Over the years, I’ve met many people who, like my friend Nico, are neither heterosexual nor homosexual but in my view truly and honestly bisexual in their attitudes, desires and behavior.

At this critical juncture in the advancement of human rights, it’s essential that LGBT people show solidarity and stand up and identify their sexuality. That said, I still hope for and envisage a time when we’re not denied basic human and social rights because of who we love and how we express that love. I imagine a future in which labels and boxes — hetero, homo or bi — are no longer relevant. When that time comes, individual sexual profiles will be no more remarkable than whether you take your coffee with or without sugar.

Nico and I are in the steam room at the gym. No one else is around. We lay down and he rests his head on my leg. “It’s horrible thing to be the way I am,” Nico says.

I reach down and rub his head.

“Think of the bright side,” I tell him. “You love your girlfriend, right, but you can still enjoy this.”

Nico looks up and smiles