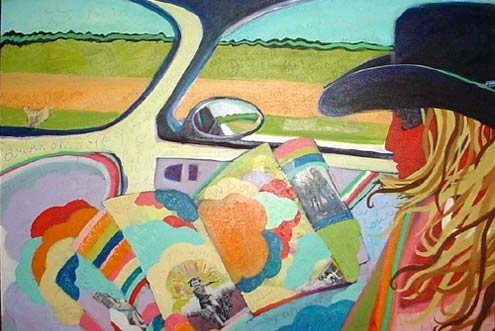 Traveling is often a litany of challenges.
I

’m sure we’ve all heard someone describe an affinity for traveling as an infection: it’s the travel bug. Unlike most diseases, the cause of such an infection — whether it’s the writing bug or the photography bug — grows from a fondness for its symptoms. As many varieties of bugs exist for as many things as there are to be obsessed about.

The origin of the phrase seems obvious: bugs bite leaving an itch that must be scratched. It refers to the addictive nature of doing what we enjoy and the self-motivational value of any passionate interest. Why “normal” life rarely embraces such great interests is beyond me. Someone who feels passionately can be depended on to get the job done, perhaps more than the person whose job it is.

When interviewing potential employees, instead of asking about their degrees, a better question would be about the extent of their personal projects in the subject they studied. If something exerted a strong pull, what did an applicant do to honor that pull? Bitten people carry ideas through to action.

Traveling can be especially addictive. Once infected, the wayfaring itch can persist for a lifetime. Its addictiveness can’t be rationalized away as a state of relaxation (as in the travel holiday, the calming break from the day-to-day, or, worst of all, slacking). In reality, serious traveling is often more physically demanding and challenging than the habitual humdrum of life.

That’s just what makes traveling so exciting and an activity I crave: the thrill of getting tossed up into an unknown situation and finding my way through it speaks to my sense of adventure and offers the kind of fulfillment that’s difficult to find in daily life, including work life.

My own travel bite story goes to the root of who I am.

Like for so many other things, I blame my parents. If over the last decade, since I’ve been living outside of the United States and far from home, they’ve decried my absence, they only have themselves to blame. I caught the bug on a first family trip to Mexico when I was nine, and it took hold firmly on the next trip, when we all went to Europe a year later.

To a book-loving farm girl from the Midwest, Mexico was a magic land of palm trees, where volcanoes and earthquakes tore at the earth and left rubble, where ladies in blue print dresses pressed corn tortillas to the sound of cicadas, where villagers roasted whole lambs in pits in the earth, and where sombreros had a purpose. It was heat and unrest, city and village, ocean and desert, skyscraper and dome penetrating the humid sky ringed by red mountains. In Mexico I stepped into my first cathedral. In Mexico City I saw my first beggar; she held out her withered hand to us exiting the bank stuffing piles and piles of pesos in our pockets.

The Netherlands was magical in other ways. On my second time across the Atlantic, when I was 13, I was already entertaining the idea that I could live there. My mind’s eye was hard at work: See my thatched roofed house hugging the canal irrigating the fields where lazy cows mow. See me pedal my bicycle through the towpaths scaring the herons. Compared to where I grew up in Michigan, The Netherlands seemed an elegant piece of my life I had so far been missing.

It’s startling at any age to discover the vastness of lives that go on everyday parallel to our own: the seemingly infinite combinations of people, places, and situations. Hovels in Delhi, high-rises in Dubai, Sahara to Himalayas, Yangtze to Amazon, Inuits to the blacks in South Africa, the human experience covers such immense ground as no single person can ever tread. Traveling provides the traveler with an infinitesimal cross-section, a peek into a few of the billions of lives contemporaneous to our own. It’s this “birth” of the rest of the world before your eyes that makes the traveling addiction so potent to me.

Maybe we travel because of some primeval urge that descends from our nomadic ancestors or because transcontinental flights are easy, but whatever generates the first sojourn, some people just can’t stop at one, or two, or more. It is, I’ve learned over the years, the bug that keeps on biting.