The big toss of a small coin 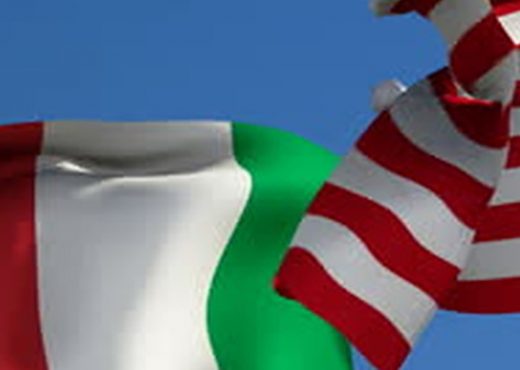 y good friend Jyl put it to me well some years ago. “It’s like you don’t quite get America, and America doesn’t quite get you.”

We were in our early 30s, neither of us settled, both of us contemplating our futures. After a few glasses of wine, we decided a coin toss might help us resolve my most pressing immediate question.

Heads or tails: America or Italy? Where would I live when I “grew up”? I don’t honestly remember what the coin said, but whether heads or tails it prompted Jyl’s astute remark. Since childhood, I’d felt a little out of place in my country of birth. Certain American traditions mystified me (hotdogs, amusement parks and forced smiles among them). The atlas was my favorite book. I studied it, wondering if I had a twin somewhere else in the world.

I found my inner twin in my 20s, when I lived in Italy, and I’ve retained a lot of my Italian ways in the decade that I’ve been back in America. But lately, perhaps because of the acrimonious political environment in which Americans live (or in spite of it), I’ve been thinking about just what I most appreciate about being home. Here are, as the song goes, “a few of my favorite things.”

For months, I eyed a 1964 Lyndon B. Johnson sheath-style campaign dress at a nearby shop, until the history student in me decided against endorsing the LBJ legacy.

• Public libraries: My love of public libraries started with Hazel, the woman who ran story hour at the local library when I was a child in Iowa. She had stringy grey hair, a sonorous voice, and a presence that reminded me of Oz’s Good Witch. A wing of the library is now named after her. As a preteen, I remember venturing into the adult books section for romantic passages that made me feel as if I was reading alone in the dark. Libraries are where I’ve studied and dreamed, where I wrote my Fulbright application and where several poems took flight. A library is an egalitarian place, like a quieted Grand Central Station, where anyone can enter and leave worlds with the turn of a page.

• Thrifting: I used to shun used clothes because my frugal father lived by them. He insisted on going to the consignment stores, where he snagged double-breasted suits or fur coats for my mother, in the fancy Chicago suburb where I went to college. Now I happily live in a town where “thrifting” and vintage clothing are popular. In my closet, I have a 1970s floral boho Gunne Sax dress and a pair of 1960s Yves Saint Laurent leopard print heels.

For months, I eyed a 1964 Lyndon B. Johnson sheath-style campaign dress at a nearby shop, until the history student in me decided against endorsing the LBJ legacy. Most of my clothes are not vintage, but I like that those that are have history and can’t be found anywhere except my own closet.

• Ice: I lived without ice in Italy. My Italian boyfriend warned me that icy drinks conflicted with digestion and could even cause serious conditions like ictus, or stroke. I half-believed him, and since life in Italy revolved around eating, I began drinking room-temperature water. I was mortified when, during my parents’ visit to Rome, my father asked the hotel receptionist for an ice bucket. Now that I live in Florida, which is hot five months out of the year, life without ice seems punishing. Many drinks taste better with ice, and I’ve not had a single digestive issue as a result.

• Coffee: My early-morning loyalties rest with Italian espresso, but my second cup is American dark-roast, with a touch of half-and-half in one of my favorite mugs. It’s a comfort drink, a close companion to brooding, writing, housework. It’s what I crave when I’m out of the country, and the first thing I sought when I got back from Jyl’s wedding in England a few years ago. She married a Brit and lives in London. I live, of all places, in Florida. How did that happen? I wondered to myself over a cup of “American Gothic” dark roast at our hometown Java House. Jyl had always seemed more comfortably American than me. We’d gone to the same college, where she lived in the fun dorm, went to football games, and then business school. I was in the artsy dorm and left for Italy two weeks after graduation.

My homeward journey was part Odyssey, part prodigal daughter. I came home to be by my dying mother’s side. In her absence, I’ve had to adjust to a foreign-feeling place, remaking myself largely in the retelling my Italian interlude — in the voice that I perhaps only would have found by coming home.

I’m content with all this, yet at times, I do wonder: Had I stayed in Italy, who would I have become?

Someone else is the only real answer I can give.