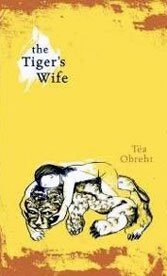 The most intriguing figure in Obreht’s filling Balkan stew is “the deathless man,” Gavran Gailé, the devil’s politely smiling nephew, an ageless drifter who supplies this shimmering first novel with its requiem and rudder. The requiem is for the scarred Balkans, at the heart of Obreht’s legend-rich story; the rudder in turn steers memories of the narrator’s beloved grandfather Leandro, a deeply rational surgeon who always carried a precious copy Kipling’s “Jungle Book” — the tiger his favorite — and who three times in his life, in youth, midlife and old age, conversed with Gavran, death personified.

Obreht’s accomplishment is hard to quantify. Her assured, modern-day narrator, Natalia Stefanovic, resembles an imagined Marie Curie, a calm young doctor trying to make a difference in the wake of ethnic civil war. But turning to her grandfather, who has just died, Natalia morphs into a medium who recites tantalizing anecdotes on behalf of generations of Ottoman sorcery.

The practical side of story is this: Natalia learns of her grandfather’s death as she heads overland from a thinly-disguised Sarajevo to deliver supplies to a backwater child’s clinic in tandem with her brilliant foul-mouthed friend Zóra, also a doctor. Though aware of her grandfather’s progressive illness, news of his death throttles mourning into a fantastical Balkan wormhole. Her grandfather’s history (he once saved Tito’s life) unfurls into a grand mural in which wandering souls and soothsayers are equidistant from modern diagnoses. The humdrum travails of vaccinating children collide with the supernatural legends of Galina, her father’s village.

The quietly traumatized Natalia is seduced by her grandfather’s voice. He’s revived to speak, Arabian Nights-style, of his encounters with the deathless man; with a musician-turned-butcher and a taxidermist-become-bear hunter; with an orphaned apothecary spared by Turkish marauders, the “reliable magician”; with the deaf-mute “tiger’s wife,” a beaten teenaged bride who befriended a zoo tiger broken loose from city zoo during the Nazi invasion. The apothecary sets the tone: “… when confounded by the extremes of life — whether good or bad — people would turn first to superstition to find meaning, to stitch together unconnected events in order to understand what was happening.”

There is medical school and the more improbable school of life, the sum of centuries of exorcism that only death knows by heart, death that was once on speaking terms with a grandfather, for a granddaughter to flesh out to gain confident entry into the present.

Obreht joins Russian-born Olga Grushin (“The Dream Life of Sukhanov,” 2006) in producing debuts of an exceptionally high order. Both learned English in their mid-teens.