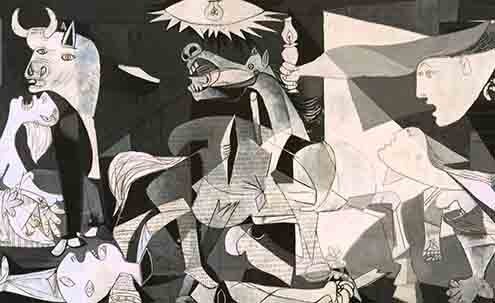 f you want to make God laugh, tell him about your plans. That’s an old one. Here’s a twist: If you want to make death chuckle, tell a someone you suffer from an irreversible condition. Irreversible is a dirty word on a medically aware planet that swears by repair, remission and the emotional testimonials of “survivors,” those who have “beaten” that which they won’t in the end.

Words like irreversible sow quiet panic because they suggest, rightly, that human hardware can break down in ways mother-drive replacement can’t fix. We all possess pre-programmed malware of a sort.

On the long journey from womb to tomb, things fall apart — a nice combination of the title of a memorably alarming 1939 poem by W.B. Yeats and a biblical sentence uttered aloud by North Carolina Sen. Sam Ervin during the Watergate congressional hearings, more eloquent than those of recent ones. Yeats’ title and Ervin’s words tug at the contours of an out-of-favor concept, resignation. Repair and resignation can’t coexist since repair is victory over resignation.

Yet sometimes irreversible means just that, vexing optimism. Enter the mumbo jumbo of remission, a sprawling lexicon of mostly false hope arrayed against the tyranny of maladies that refuse to play by sentimental rules. Like those intent on modifying unique – very unique, highly unique, incredibly unique – remission addicts are fixated on fixes. Irreversible? Not likely. Irrevocable? Never. Incurable? Not according to web forums.

Social wisdom suggests that rallying the ill and the broken is the ultimate act of altruism, friendship and love — no one wants to see a friend deteriorate and die (“They must be able to do something!) All crave Hollywood endings on speed-dial.

Until about a century ago, incurable maladies were commonplace. More sick people died than were cured. The incipient global middle class still wasn’t large enough to seek self-serving comfort in a plethora of operations and medications. Fatalism made sense. Literature and poetry depended on it for angst, since some kind of physical suffering was inescapable and part of the order of things.

Research and therapy have altered that balance. Many killer diseases and conditions no longer possess their one-time impunity. The ways and means of survival have multiplied. Drugs, computers, lasers, bionics, stem cells, transplants — all are part of the new survivor’s creed, supported by cyberspace-informed family and friends driven to think there’s little that can’t be slowed, even stopped, with dead nerves perhaps rewound into life thanks to the wondrous caprices of medical prolongation.

But we’re only new once, freshly out of the womb, and even then tend to wail about our helplessness for months if not years, probably aware from the very start that the rest is in fact scripted, if not irreversible, so best to cry early and hard.