The kettle to Provence 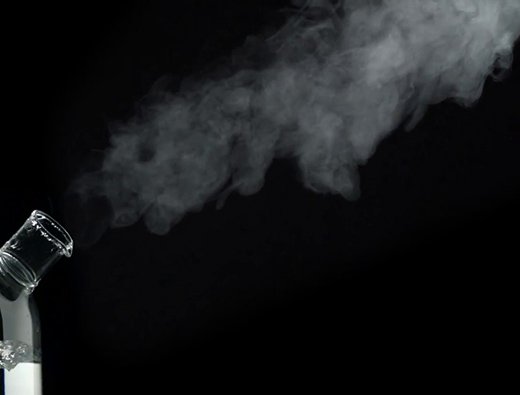 Every day, a steaming kettle stirs memories of France.
F

unny how everyday household items can become totemic, suddenly taking on new meaning well beyond their original utilitarian design. So it is with my electric kettle. A Christmas gift from a girlfriend who saw how much I came to depend on these ingenious but common devices while we hopped from lodging to lodging through France. In fact, kettles have become a magic wormhole through which I access memories of Provence. So it is that very morning I return there.

I stumble into the bathroom to take my thyroid medicine and totter into the kitchen where I load several scoops of coffee grounds into my French press, fill up my Bella kettle with water, and flip the on switch. That kettle is my time machine, the blue glow of the switch as the water begins to boil, my cue.

The ground shifts under my feet and I’m back in a little cottage nestled deep inside an olive grove in the agricultural heart of Provence, outside a little one-restaurant town called Eyguières, at the foothills of those crazy mountains Van Gogh used to paint.

An unexpected visitor on our first misty morning in Eyguières.

We were there only a few days in the late fall, but what magical days they were. Blissful.

We’d stumbled on the place quite by accident. We had no idea of the lay of the land, but this cottage seemed remote enough to get a taste of the rugged and rustic character of Provence, but close enough to take excursions to Salon de Provence, Aix-en-Provence and Arles.

It was so hard to find we actually passed it on the gravel road that cut through field after field. We turned down more than one wrong drive until we hit the right one, and drove nearly a mile back into the thick olive groves before a sand-colored stucco house with cornflower blue shutters revealed itself.

The elderly couple who owned the place spoke barely a word of English, but we managed to communicate between the sound of their Occitane-inflected French and my rudimentary and rusty butchering of their language. The matron told me the olives were for curing and pressing into oil, too biter to eat.

We learned how the keys worked, and got settled into our little abode.

It was a cozy cottage with country décor. Brown and yellow plaids. Dark wood. Flower arrangements on the kitchen table and coffee table. We made some tea and watched the sunset, listening to crickets as night fell.

We drove past grand gates and giant hedgerows that gave way to narrow alleys and gothic architecture as we got into the town center, and found the old train station our hosts had told us about. It had been converted into a restaurant named Le Relais de Coche, and offered a menu of traditional Provencal items, cheese plates, champagne and wine.

It was one of the best meals of our lives.

We returned to our little cottage in the woods, and sat out on our little patio, drinking wine and talking. As the night grew dark, we could make out the edge of the Milky Way. When we went inside and drew the curtains shut, it was pitch black.

The next morning I woke up early, filled the electric kettle and made some coffee. I took the mug outside and wandered around the yard. I plucked

an olive off the nearest tree and sure enough, it was bitter to the taste. I spat the dark pulp on the ground.

I investigated a little canal that divided the yard from a large clearing in the grove. I jumped over the canal. I looked up and through the mist saw a white horse emerge as if out of nowhere. For a moment I thought it was a unicorn. He pranced around a bit in the early morning mist and disappeared.  If I hadn’t taken a photo of the horse, I might to this day believe it was an illusion.

We didn’t get to see as much of Provence as we wanted in those few short days we were there. Got to Aix-en-Provence after the produce market vendors had packed up their stalls and gone home. Got to Arles in time for the Museum guard to lock the gate at the Van Gogh museum. And we walked by the Roman amphitheater in the middle of town without realizing it.

But we did get to walk around some Roman ruins outside of Saint Remy, a place called Glanum, and we did stumble upon the Roquefavour aqueduct and explore the coliseum and Maison Carrée at Nimes.

We drove along the edge of the Camargue.  We searched Salon de Provence for the home and final burial place of Nostradamus. We found the Collegiale Saint Laurent where his remains are buried, but it was closed for the day. We found his statue.

So, not a total loss. Loved walking the sun-bleached streets of the villes de Provence, taking in the fragrant air, spotting the mountainscape that Van Gogh saw from his asylum window and painted.

But I feel that there was so much more to see in Arles, if we only had more time. One way to look at it is that we left so much more for our next visit, whenever that may be.

Meanwhile, I will have to be content with the memories that come back to life every time I flip the switch of my electric water kettle.