The Teeth of the Comb and Other Stories 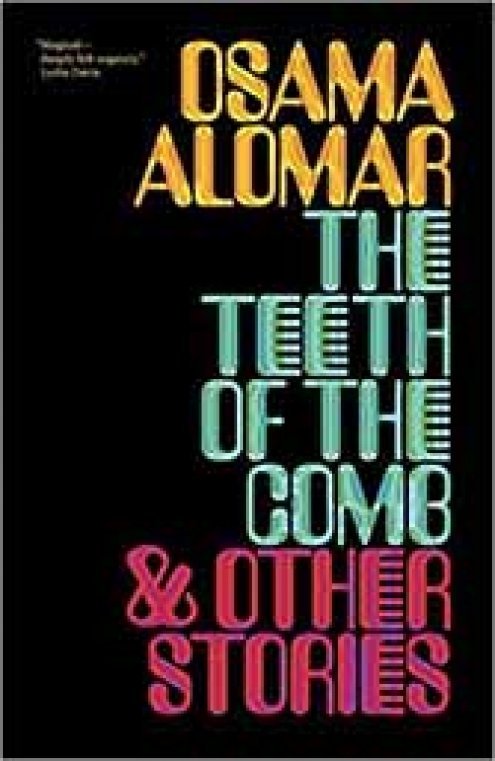 By Osama Alomar, translated from the Arabic by C. J. Collins

The world of Syrian writer Osama Alomar is one of meticulously condensed fables and parables made to fit the inside of a brooch. Yet these tiny tales grapple, often breathtakingly, with transcendent themes. Concealed in this plethora of one and two-page stories are cautionary tales about love, power, and politics. Objects — pyramids, garbage bags, even ears of wheat — assume the anxious form of humans. Melancholy humans in turn inhabit a largely fetid world where freedom is an illusion. His is an imagined (but all too real) Arabia in which a government “issue[s] a decree guaranteeing citizens the right to freedom of facial expression.”

Damascus-born Alomar moved from Syria to Chicago in 2008, well before the outbreak of his country’s civil war, working as a cabbie for five years. But he cannot and will not banish his exposure to an authoritarian past and the feelings it generates. He skins this past alive for clues to its nature, eviscerating motives and foibles, poking at tyrants and peasants, heralds and sycophants. He mulls and mocks “the splendor of a history that is eager to destroy the future.” Not even revolt is immune to its own genetic betrayal. (“…Little by little the revolution against tyranny and oppression became something else … The tyrant who had been sleeping in the depths of the ordinary citizen began to wake up, baring his fangs. The country entered through the widest gate the hell of sectarian and civil war.”) Simple answers are elusive. Fathers are unfamiliar with optimism. “This species, son, takes one step forward and many steps back. It is not an example for us to follow in.”

Alomar’s so-called very short stories produce a spellbinding mood in which chaos constantly ambushes order, leaving it for dead. The wronged receive little redress. The story “From the Depths of the Future” is neat and bitter: “The Second World War said proudly to her colleague, the First, ‘Inside me are millions of victims!’ The First World War answered her irritably, ‘I didn’t fall short in my duties either.’ But just then a huge sound invaded them from the future, stating, ‘I will devour everyone!'”

Alomar is a Syrian General Sherman of a sort, doing what needs to be done on his fictional battlefield, the resulting march of words deliciously scorched.