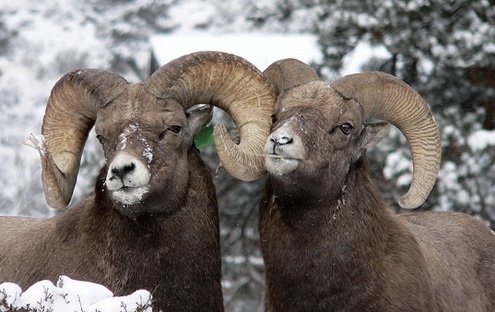 Any number of male mammals bond to ensure the survival of the whole.
I

taly has among the lowest birth rates in the world — 8.84 births per 1,000 people, based on 2014 estimates. It’s a curious statistic since Italy is a predominately Catholic country and most forms of family planning and birth control are still forbidden by the Church. Economic factors seem to play a greater role than any lack of interest in sex or a massive preference for homosexual activity (I wish!). Many Italians focus time, energy and money on smaller family units.

United Nations figures suggest the global population will reach eight billion in 2024. Human population growth is causing the extinction of other life forms, producing global climate change and exhausting planetary resources. All the same, I can’t tell you how many times I’ve heard people say, “Yeah, but if everyone was homosexual then who’d continue the species, right?”

This grates on me. The planet is not turning homosexual. Despite our many enviable attributes, homosexuality is not part of a secret conspiracy to decimate the global population. It’s in our biology.

That still leaves the question of how homosexuality fits into human evolution. Is it a biological anomaly or does it form part of our adaptive response?

Nature has two basic breeding strategies. One is to produce as many offspring as possible to ensure that at least some survive. This approach is common to spiders, bees, ants, turtles and fish. Humans, like many other mammals, go in another direction, producing a minimum number of offspring while trying to ensure a maximum number of them reach procreative maturity. Human offspring are dependent for years and it’s during this extended dependency period that cultural adaptation, as opposed to the purely biological kind, is transmitted. This allows humans to out-compete all other creatures and come of age as a dominant super-species.

Homosexual behavior, far from being what Catholicism labels “an abomination,” is common in nature, particularly among social animals such as the American bison and penguins. While it’s true that social animals compete against each another for food and sexual partners, they must also cooperate for the group to survive. Same-sex bonding, including homosexual commitment, can lead to such cooperation. It’s an alternative to continual competition, particularly among males.

Consider a primitive man out alone hunting for food. His chances for survival, much less success, are low. But in cooperation with another male, one who’s willing to risk his own safety to protect his hunting partner, survival and success odds rise. Should the hunter be mortally injured, his partner is likely to return to camp and assume the responsibility of protecting and providing for both his own and his hunting partner’s offspring.

The same argument could be made for female bonding. Until recently, childbirth killed more women than any disease. A deep emotional bond between women would ensure the survival of a deceased woman’s offspring. This is often referred to as the altruistic mechanism. If you doubt its strength, try talking to adoptive parents.

In addition, if males satisfy some of each other’s emotional and sexual needs, with females doing the same, women with children have the time and space needed to nurture and raise existing offspring before new offspring are created.

Diana Fleischman, an evolutionary psychologist at the University of Portsmouth in England, has suggested that homosexuality evolved to strength social ties. Since sexual behavior is “intimate and pleasurable,” she noted in a 2014 study, many species, including primates, used it to “help form and maintain social bonds.” There’s “a continuum between affection and sexuality … in humans,” she added, and “much, if not most of same-sex sexual behavior occurs in those who don’t identify as homosexual.”

In addition to the enormous number of people — possibly a majority — who fall into a bi-sexual range, let’s not forget that homosexuals often have children of their own.

While homosexuality isn’t unique to humankind, it is common enough to suggest that same-sex cooperation and bonding are an essential part of our overall adaptive strategy. They assure survival and play an important role in social cohesion.

So, to homophobes with a single-minded notion of competition without cooperation and erroneous ideas about how breeding works, and to those who continue insisting that homosexuality threatens humanity, I say simply this: The survival of the society, if not the species, may in part depend on us.