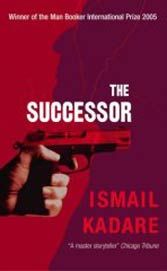 By Ismail Kadare, translated from the French by David Bellos

Albanian novelist Ismail Kadare occupies a curious place in European “dissent” literature. No communist, he nonetheless managed to write relatively freely while living under xenophobic dictator Enver Hoxha. He was, Hoxha thought, something of a national treasure.

Kadare, who has lived in Paris for years (like Kundera, he writes in French), looks back to the Byzantine days of Hoxah in this slim novel, based loosely on the mysterious death of Albania’s No. 2 man, Mehmet Shehu, in 1981. Was he poisoned? Did he commit suicide? Kadare gives fictional voice to the stifled palace intrigue of the period. Kadare is better suited to outlining humiliation than suggesting redemption, to his great credit, given Albania’s century-old suspension of disbelief.