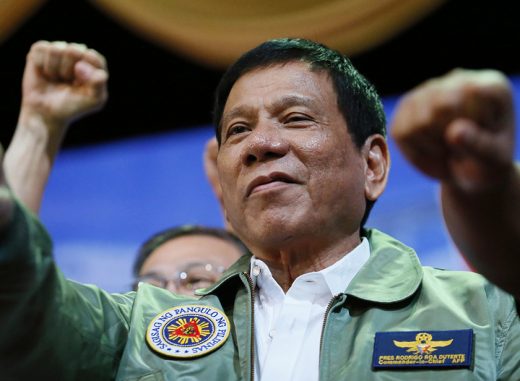 emocracy has taken a beating lately. Everywhere you look, democratic processes appear to be breaking down, with some countries taking a markedly visible turn toward authoritarianism. Turkey has been a focus of countless reports in recent years, all the more so after its recent incursion into Syria. Hungary, Egypt, Brazil, and many other states have elected authoritarian leaders.

This trend is also playing out starkly in Southeast Asia, though the global headlines pointing it out are fewer. Southeast Asia, once seen as the future of democratic progress, is now struggling to rein in its own slide toward authoritarianism.

The outcome of recent national elections in several nations in the region all but prove this disturbing point.

In July 2018, Cambodian Prime Minister Hun Sen was re-elected to another five-year term, advancing his march toward strongman rule. In March 2019, Thai military leader Prayut Chan-o-cha was reinstated as prime minister despite years of promises by the military to hand over power to a civilian-led government. In the Philippines, President Rodrigo Duterte used the outcome of May 2019 mid-term elections to consolidate his control of all branches of government.

Thai military leader Prayut Chan-o-cha has welshed on promises to step down in favor of civilian rule.

In none of these cases, however, could the elections be portrayed as fair or free. Preferred candidates received unlawful advantages. Opposition parties were outlawed and their leaders jailed.

At the same time, the leaders of all three nations professed respect for the very democratic principles they wantonly disregarded in both voting processes and government decision-making.

If you factor in Vietnam, still a communist country; Myanmar, still a quasi-military dictatorship despite Aung San Suu Kyi’s elevation to state counselor; and Singapore, which recently passed legislation intended to stifle dissent and protest, the full scope of this authoritarian trend becomes all too clear.

Thankfully, there are also bright spots. Indonesia appears to be strengthening its democratic processes as it continues to shake off decades of strongman rule. Taiwan and tiny East Timor have emerged as outspoken advocates for democracy and human rights.

But these examples aren’t enough to offset democracy’s regional erosion. Yet the focus of that erosion remains largely Western, with Southeast Asia rarely mentioned.

Condemning Southeast Asia for these developments is senseless, since it can hardly be expected to resist a trend that has claimed so many other states.

What matters is that Southeast Asia is a critically important region at a global level, and that efforts to safeguard its commitment to democracy, transparency, and the international good are enhanced.

A reaffirmation of democracy is all the more essential because the region is locked in a power struggle of global dimensions that will have international implications for decades to come. At stake is not only the political and economic security of the countries in question, but the upholding of working ties with global partners. While Southeast Asian countries are still largely seen as developing nations, they are rapidly modernizing their economies and becoming significant players in global geo-economics.

For example, the Strait of Malacca, which runs between Indonesia, Malaysia, and Singapore, is already the world’s second-busiest waterway, handling approximately a quarter of the world’s trade. Through it move crude oil and other goods, on their way to and from Asian markets.

Similarly, the Organization for Economic Cooperation and Development (OECD) predicts that Southeast Asia will grow at more than five percent annually over the next five years, faster even than the already rapid growth posted in the five years ending in 2016.

Each of these countries continues to fight China for access to the South China Sea, which provides transit for approximately a third of all global shipping.

These facts suggest the inevitability of an interlocked world that, either directly or indirectly, depends on Southeast Asia for trade and, by extension, for security. If such an arrangement is to work for everyone, and to work beneficially, the nations of the region must adhere to the rules of international law, transparency, and must be willing to act in good faith.

Such conduct cannot be taken for granted, at least not at this juncture, particularly in light of the events mentioned above. Just what kinds of countries Cambodia, Thailand, and the Philippines will ultimately become remains unclear. This in turn raises some sensitive questions:

That none of these vital questions have any clear answers — at least not for now — makes efforts to restore democracy in the region a crucially important objective.

Countries that are committed to democracy and transparency domestically are more likely to uphold those ideals internationally. If they respect the rule of law at home, they are likely to respect it abroad. If they stamp out corruption on their own soil, they will resist it elsewhere. Developing a region that is devoted to international rights starts with developing countries that are devoted to individual rights.

With the struggle between democracy and authoritarianism on display throughout Southeast Asia, the time has come for Western nations to start paying closer attention and commit themselves to supplying whatever tools the region might need to reverse the trend away from democratic rule.