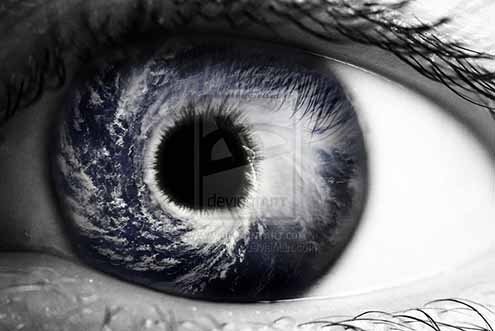 Pick your storm, outside or in.
W

inged insects were my staples. To have and to hold and to break: flies, butterflies, beetles, and on occasion even dragonflies. These were our American garden’s resident insects and I hunted them ruthlessly. I tore wings from flies, crippled colored abdomens, took apart the husked intersections of insect bodies. All this I did with glee. Why? Maybe because I could and because I needed to forget early September school days that descended on me like a conglomerate of humiliations. I needed to to show my power, to demonstrate my erasing gifts in the same way a storm might slaughter the interfering land beneath it. I was the sum of my gleefully natural desire to dismantle things and ponder the result omnipotently. No one got in the way. Adults later copy this with bombs, and the bombs they do not explode great storms arrange themselves to mimic. Start to finish, peaceful or not, we exist in upheaval’s red-zoned thrall.

My onslaught admittedly included at least one strategic mistake, with the hornet’s nest. The hornets seemed for a time prime candidates for my random wrath — until a pebble tossed into their hive stirred equal and opposite ferocity and I was bitten to the quick. Lesson learned. I’d stick to the defenseless.

My attacking acts were those of a warlord in the making, a little Shiva practicing for later acts of cosmic potency. Testosterone scooted around guilt. The excitement of the chase and the dismembering act was structured and intriguing enough to keep my mind fully focused and distracted until dinner. Thousands of insects died over the course of my childhood reign of terror.

If only I could share my excitement, I thought to myself. If only my onslaught had a scribe and biographer. If only a newspaper published my headlines “Boy tears through garden; praying mantis spared; flies take direct hit; fear extends to neighbor’s garden; widespread ruin feared.” I’d be like an earthquake or a hurricane, attracting attention among those mesmerized by the zeal of fear itself. Pay attention! Pay attention! Pay attention! But no one did. My microscopic fistful of garden annihilation idled insolvent.

Of the week’s natural disasters, still unfinished business in the Americas, one reporter felt the need to add an almost plaintive punctuation point: “It’s absolute devastation, and this is not hyperbole,” a line so much like one I had most sought for myself — just ask the flies.

A boy is a force of nature on a small scale, an eruption in the making. Ramp his essence forward by a decade or more and the fascination for breakage, wreckage and more, recurs. Hurricanes and wars excite dormant survival instincts. They seize male imagination by the scruff of its neck, much in the spirit of insects in the yard, since men secretly crave the prospect of fulmination, if for no other reason than to briefly relocate to a place where personal woe is dislodged in favor of something more sweeping, whether the end of the life of a fly or something vaster. Call it empathy through negation, self-harming hubris, or the allure of karmic howling, but that “it” — storm or serial killer — sells as crisply and wantonly as pornography, which suggests no one on this dread-dependent planet can live any length of time without a boy in its garden and a few torn wings on the side.