The Stories of Breece D’J Pancake 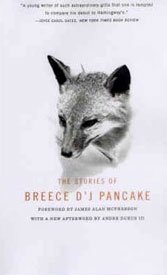 Pancake’s tales of West Virginia crunch underfoot like bramble. Although gritty, they’re bathed in the loneliness and longing of dreams. And while most characters in modern literature manage to out-struggle life, the people about whom Pancake writes seem woefully immobilized in the drinking, drudgery and dying of an Appalachian land forgotten by most outside it.

Not all of the stories are memorable, but the best stick like splinters. In “The Honored Dead,” a young man’s patriotism withers when his best friend Eddie returns in a body bag from Vietnam. To beat the draft he keeps a bar of soap in his armpit, believing it will raise his blood pressure. He considers running away to college, but his rooted father thinks if he’s going to avoid the war he should stay home and farm. The young man must walk a street everyday that reminds him of Eddie’s death, the town’s emptiness: “the traffic signal…stopping nothing, warning nothing, rushing nothing on.”

A high school boy is obsessed with becoming a Chicago disc jockey in “The Salvation of Me,” but has no car for his escape. While he pumps gas to save money for a clunker, his cocky buddy Chester flees town for Broadway success. Time erodes the boy’s hope for radio stardom. Eventually, Chester returns “chewed up and spit out by New York,” his failure a plaintive ode to those who think that the good in life never runs dry.

Stories such as “Trilobites” and “Foxhunters” get to the essence of Pancake’s forte, alienation. In the former a man writes to his girlfriend, “We will live on mangoes and love,” but gets little response; in the latter, another man finds friendship with a waitress but can’t connect with the macho hunters he’s expected to understand.

Breece D’J Pancake, whose strange name was made even stranger after the Atlantic Monthly misprinted his middle initials (Pancake liked the apostrophe and kept it), shot himself in 1979 at age 26. Author Kurt Vonnegut called him the most sincere writer who ever lived, and this collection — the only one available — proves the point.