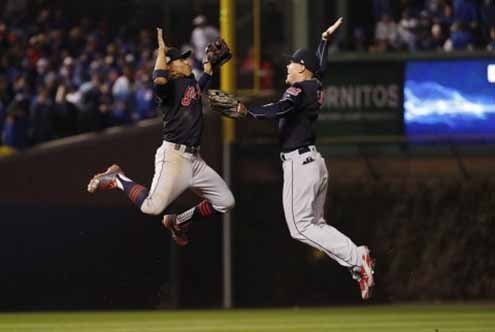 Baseball is doing an admirable job of providing a civil, joyous and unifying example of intense but fair competition…
T

he other day the wonderful baseball writer Tom Boswell wrote an unusually touching column about the World Series as a balm. Not just because the two contestants, Cleveland and Chicago — the hard-luck Cubs — are the contestants, but also because the country, mired in too many shades of presidential mayhem, needed a game with “manners and codes” to therapeutically offset an otherwise derailed values system. “Baseball,” wrote Boswell, “is doing an admirable job of providing a civil, joyous and unifying example of intense but fair competition at a time when such a thing does indeed seem like a blessing.”

In his half-century of sports writing, Boswell has rarely if ever strayed into politics, which makes his contrasting of baseball with an “election that feels like a personal humiliation and national disgrace…” all the more significant, and cruelly wise.

A great many people will have strong feelings about who wins on November 8, so there’s no trivializing their legitimate passion. What’s deeply and desperately wrong is the extent to which ungovernable animosity and distemper now forms the backbone of presidential contests, marring the better judgment of candidates, supporters and pundits alike.

There is no modern parallel for the irrational emotions that have imbued this campaign. Candidates have in the past fought bitterly, yes, but rarely with such systematic irrationality, willfully if not eagerly contemptuous of both common sense and civility, each portrayed as signs of weakness or appeasement — a word the Bosh Administration resurrected to corrosive effect. In such a climate, John F. Kennedy’s famous inaugural invocation, “Ask not what your country can do for you, ask what you can do for your country,” would likely invite both mockery and scorn.

You can blame it on Donald Trump’s bombast or Hillary Clinton’s alleged circumvention of legal processes, but either way it doesn’t wash. It’s too filthy. It’s the ransacking and looting of a process — the race for the presidency — once respected the world over as the highest measure of the planet’s most evolved (if deeply messy) democracy. In the presence of Soviet communism, no such presidential race would have been possible, lest it undermine the core values on which the opposition to communism was forged. Richard Nixon broke that rule by cheating, and was forced to resign as a result — a distasteful process carried out with unusual uprightness.

What candidates and their supporters seem over time to have forgotten is that the American presidential election is not just a domestic battle of wills (and insults) but also a global contest still used as a yardstick for how a powerful state should go about the business of electing a chief. Make an election squalid and the nation seems complicit in that squalor, or, worse still, able without blinking to set aside the distinction between civil “combat” and the greasepaint snarl of back-alley brawls, a line this election has blurred from the start. It’s a spectacle, and lamentable one.

One can hope, naïvely, that this is a one-time affair, a freak show of sorts. But the raging public churn that fuels and animates the circus is real, and it’s becoming not only the political norm but the standard of public conversation, itself transformed — whether verbally or via social media — into a medium closer to confrontation than debate. Manners and codes mean little when snap-judgment and disdain are the propulsion of choice. Umpires are useless among players constantly on the verge of a nervous breakdown.

“Give us something to watch — together and happy, not divided, not angry,” wrote Boswell, in a column that read like the confession of a middle-aged man grateful for the opportunity to escape real America for the America of baseball.

In folklore, the two were once portrayed as one, a fierce but well-arranged pastime complimenting a fierce but ultimately reasonable nation. Now, all bets are off, no one’s “out” who doesn’t feel it, home runs are a matter of opinion, so is who won, opening a very risky can of worms for future generations to deal with.